I came across this image in a book about English stained glass windows. It's from Canterbury Cathedral and shows the three youngest daughters of Edward IV - Anne, Catherine and Bridget. The hair maybe tends more to blonde than red, especially the one on the left as we look, however they were all daughters of Elizabeth Woodville and she was a redhead. The image was created in the 15th century, but the heads were renewed in the 18th century. 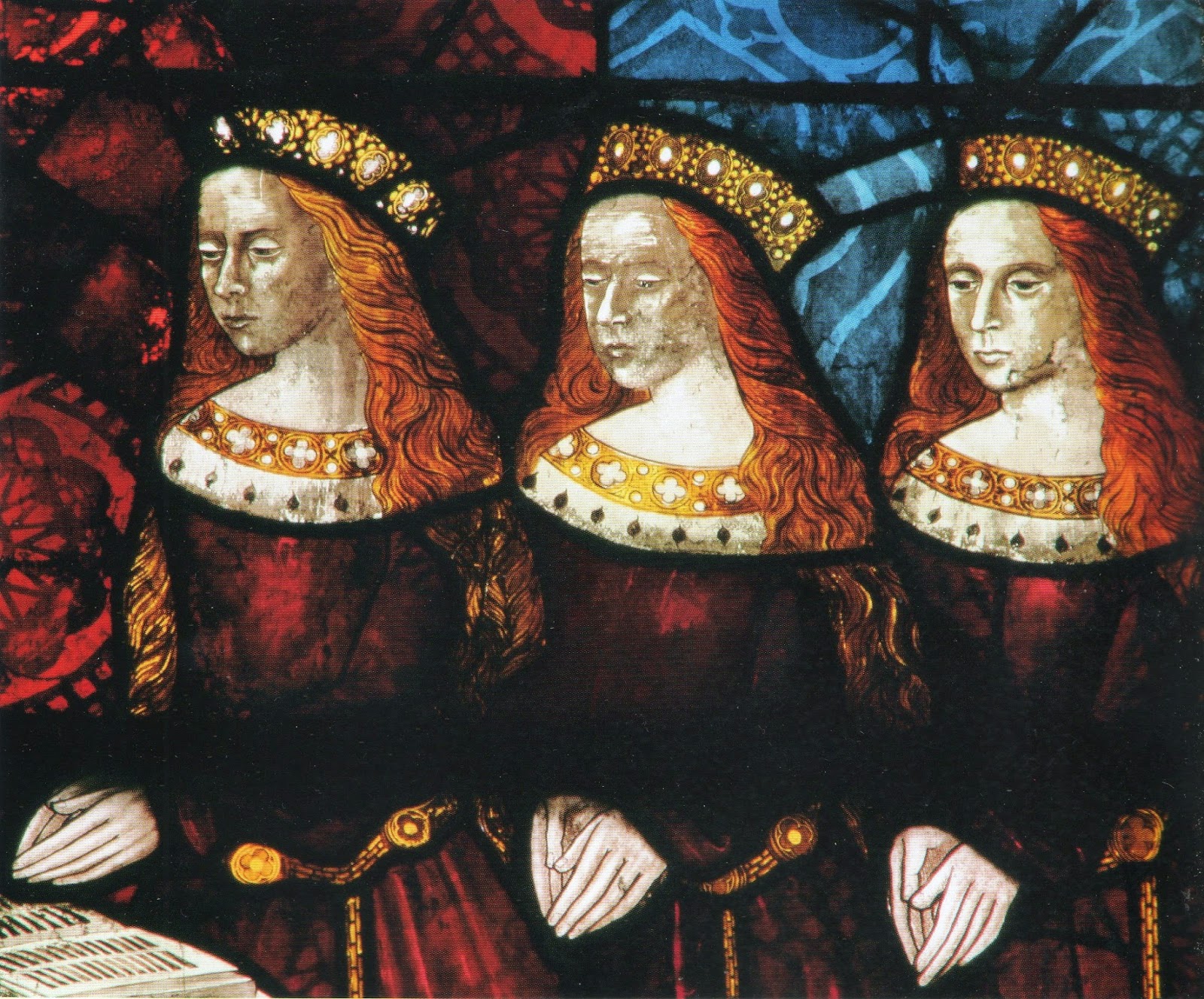 Incidentally, the Wikipedia page on Catherine shows a larger version of this same stained glass image, which depicts another two of Edward's daughters. However, the description states that it depicts Elizabeth, Cecily, Anne, Catherine and Mary ..no mention of Bridget. 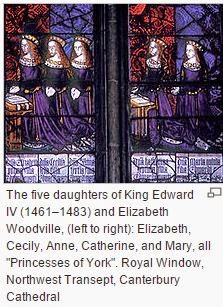 A Bit Of Red-Haired Art For Y'all

These two paintings are by the painter Edward Reginald Frampton. They both have a kind of semi-Pre-Raphaelite feel to them.

This first is called Ridophe ;- 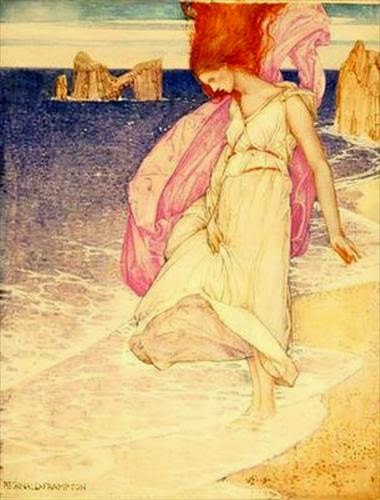 And this one is Stone Walls ;- 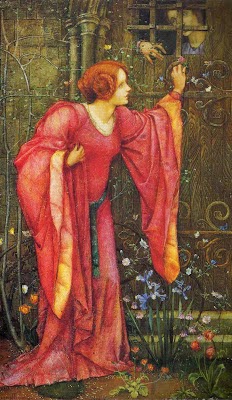 Stone walls do not a prison make, Nor iron bars a cage.
Posted by Neil at 11:22 AM No comments:

I recently came across this cool little bit of information. I found it on the Wikipedia page for blond hair, after deciding that maybe I should expand things and start researching blond hair as well (sacrilege, I know).


In his Commentary on the Aeneid of Virgil, Maurus Servius Honoratus noted that the respectable matron was only black haired, never blond. In the same passage, he mentioned that Cato the Elder wrote that some matrons would sprinkle golden dust on their hair to make it reddish-color.

I've had a few messages recently telling me that Charles Darwin had red hair. I'd love this to be true, but I've had a search round on-line and can't find a reference for it. The one webpage describing his appearance states it was 'dark brown'. Maybe there's a contemporary description of his appearance out there somewhere that does say red, but for the time being I'll have to leave him at the door of the club.

On a related note I did find a Telegraph article stating Darwin was interested in the relationship between behaviour and hair colour. The article refers to letters found where he discusses the idea that blond women were less likely to marry than brunettes. The correspondence was with a Dr John Beddoe, who I'm guessing is the same Beddoe that provided me with so much information for this page;-

http://www.themythsandhistoryofredhair.co.uk/pinkertonvsprice.html
Posted by Neil at 8:19 PM No comments: