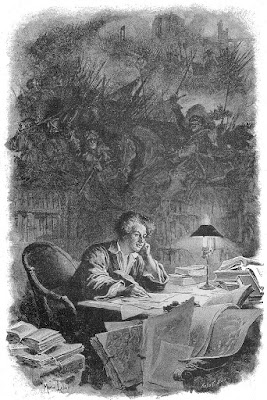 Anyhow, thanks to the fact that we've finally got ourselves up to date on our other blog ( https://redheadsinhistory.blogspot.com/ ) I've been able to go through our list of historic redheads to see if I've failed to mention any especially important ones. A few pretty big ones stood out.

So, if we take Dumas as our first famous redhead in this article then the second we must mention is Amelia Earhart.

Earhart was the famed aviation pioneer who disappeared over the Pacific Ocean in 1937 whilst attempting to circumnavigate the globe. A memo written by her school librarian described her as "an attractive, friendly, red-haired teenager - not at all unlike her friends". The following lovely image also leaves little doubt as to her hair colour. 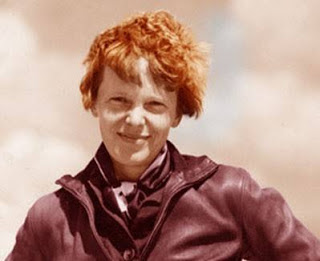 Thirdly we have the German statesman and chancellor Otto von Bismarck. He was said to be "six-foot tall" with "flaming red hair". 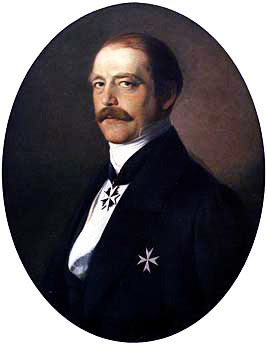 (Bismarck as Minister President of Prussia.)

Our fourth famous redhead is the Welsh poet Dylan Thomas. Most famous for his play Under Milk Wood and the poem Do not go gentle into that good night. 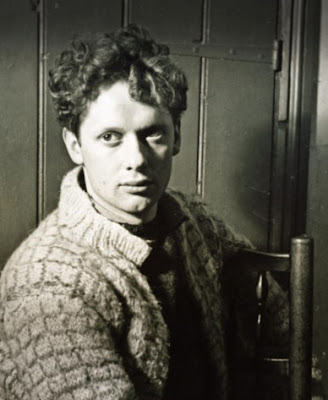 And finally our fifth redhead is quite a strange one. It's the science fiction writer and founder of Scientology L. Ron Hubbard. He had sandy red hair as can be seen from the following image; 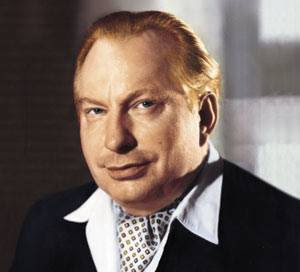 I was quite surprised to find that Hubbard was a redhead. It seems like something that would be more well known. It reminds me a little of when we found out that Madame Blavatsky was red-haired. She was another founder of a huge alternative movement, in that case the Theosophical Society. Quite a weird, and perhaps worrying trend! O_o
Posted by Neil at 5:50 PM No comments:

Red Hair in the Orientalism Genre

A little bit of red hair in art today. A few quite beautiful images which I came across whilst looking through artwork in the Orientalism style. So many of the paintings I flicked through in this genre were really vivid, fascinating and beautiful, but I'll just share the few which feature redheads.

Both the following paintings feature half naked women in harems. A seemingly common theme in the Orientalism genre. Not that I'm complaining about this. The first is titled Pool in a Harem and is by the French artist Jean-Léon Gérôme. The second is titled Murder in the Seraglio and is by another French artist, this time the painter Fernand Cormon. 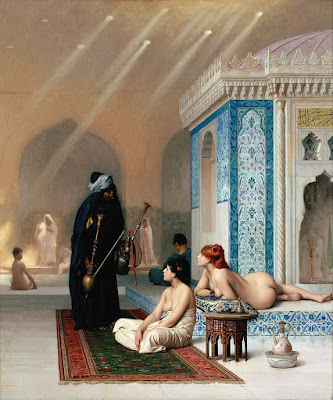 (Pool in a Harem - Jean-Léon Gérôme) 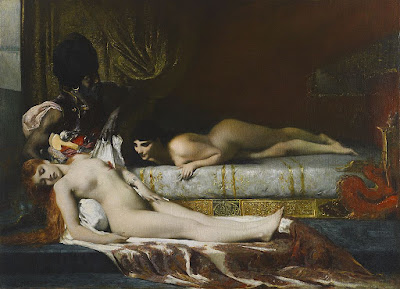 (Murder in the Seraglio - Fernand Cormon)

A seraglio is a living quarter that was used by wives and concubines in households in the Ottoman Empire. In modern Italian the word is spelt serraglio, and according to Wikipedia;


It may refer to a wall or structure for containment, for example of caged wild animals

Which would tend to suggest that some of these paintings portray a romanticised image of what was in reality no doubt a much more brutal world of sexual slavery. Still the artwork is very beautiful.
Posted by Neil at 8:21 PM No comments:

First up, following on from the last post we have another red-haired Jesus. It's by the Italian artist Giotto di Bondone (c. 1267 - 1337) and is from the Santa Maria Novella church in Florence. The red hair is quite a bold red, at least in these images anyway. 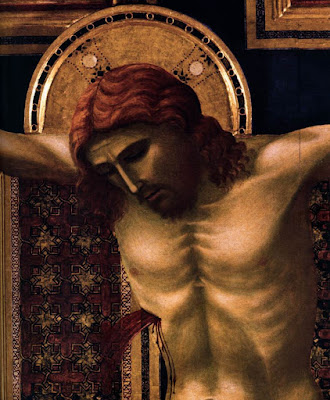 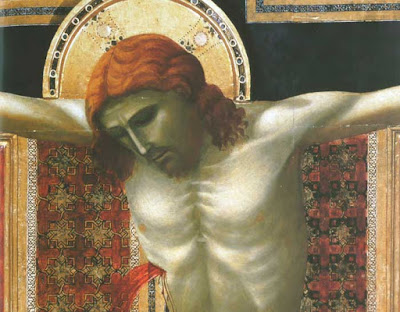 Secondly, and quite importantly, we have another blog now up online. This one, titled Famous Redheads in History, is a blog that's attempting to collect and catalogue all the redheads that we've thus far came across in our investigations. Hopefully it'll act as a kind of redhead database which we can use to look at history in a slightly more analytical way. It'll also be useful for cataloguing the references we have (or in some cases don't have xD) that lead us to have confidence that these figures were indeed red-haired.

I'll also add a link to the site in the side bar.

Each post on the blog also comes with "tags" for the particular person in question. So it'll be easy to search for, let's say royal redheads, as it'll just be a case of clicking on the "royalty" tag in the sidebar.

Finally, we have another quite interesting redhead to add to the list ...Lewis Terman. The name will probably be unfamiliar to most readers, however Terman was the man who was responsible for the large scale introduction of IQ testing. So we have a redhead to thank for this often controversial social and educational tool.

We've wondered before where redheads rank on the IQ scale, but so far haven't found a sufficient answer. So it's interesting to note that a redhead was involved in the promotion of such testing. 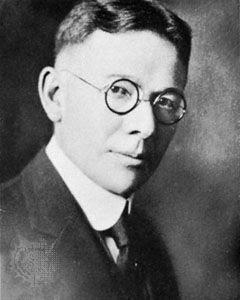