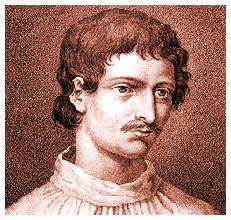 In previous posts we've mentioned how Galileo, Tycho Brahe and possibly Copernicus were all redheads. Now Emanuela has found a page suggesting that the famed philosopher Giordano Bruno may also have been a redhead. It describes him as "short, thin, [with] red hair and combative".

Bruno lived from 1548 to 1600 and was burnt at the stake for heresy by the Inquisition (another redhead burnt for heresy :p). Wikipedia says this about him;


He is celebrated for his cosmological theories, which went even further than the then novel Copernican model. He proposed that the stars were just distant suns surrounded by their own exoplanets and raised the possibility that these planets could even foster life of their own (a philosophical position known as cosmic pluralism). He also insisted that the universe is in fact infinite and could have no celestial body at its "center".

Quite timely given that the Internet is currently abuzz with Flat Earth theory - a theory that calls for the end of this now universally accepted world model. I guess these things come in cycles. Yesterday's heresy now today's orthodoxy.

It's said Giordano Bruno also believed in the transmigration of souls - what we would call reincarnation. Maybe in his latest incarnation Bruno is a Flat Earther :)

Whenever the powers that be seek to limit the imagination of man, men like Bruno will stand as a light against the enclosing darkness. In this case maybe bright with red hair.
Posted by Neil at 9:25 PM No comments:

The following were all brought to my attention by Emanuela.

The first four are by the American painter and printmaker Mary Cassatt. 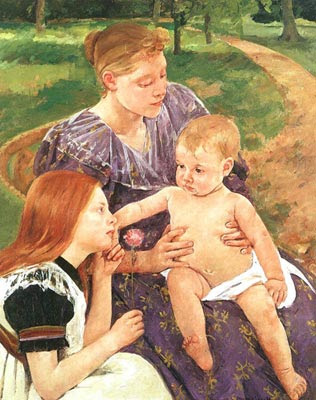 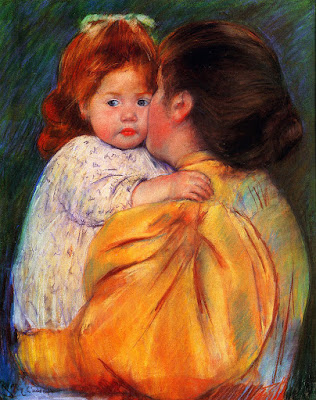 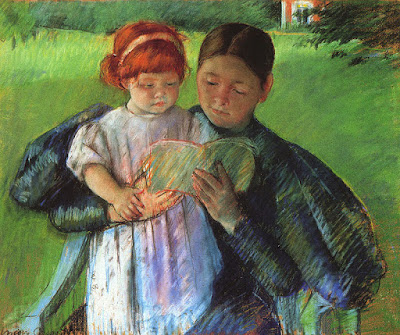 (Nurse Reading to a Little Girl) 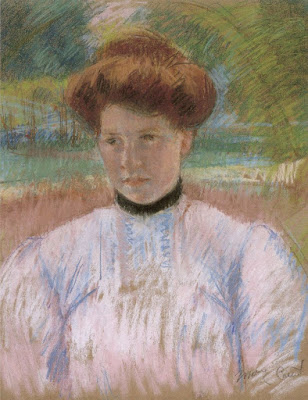 (Young Woman with Auburn Hair in a Pink Blouse)

This next one is by the English artist Luke Fildes. I'm not sure what its title is, but it's very beautiful nonetheless. 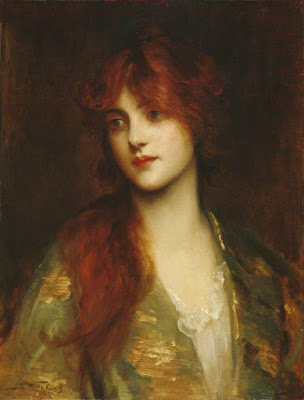 And this final, equally beautiful painting, is by the artist William Llewellyn, and is titled Girl with Pigtails. 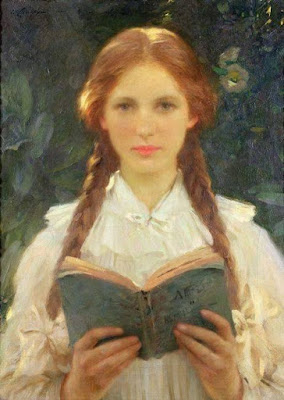