Red Hair in Art - Fra Angelico and Others

These first few are by the Italian Early Renaissance painter Fra Angelico (1395-1455). They can definitely by added to our red-haired Jesus collection :) 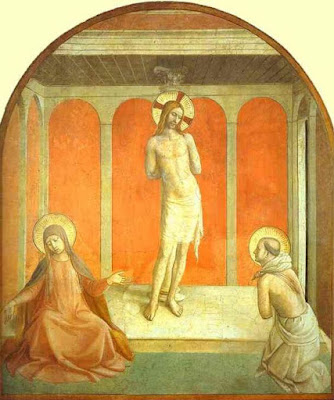 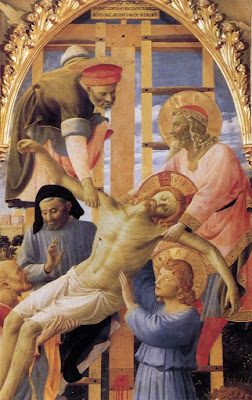 (Deposition from the Cross)

(An image of Mary and the Child Jesus)

What now follows is a random selection of red-haired images which I've came across. 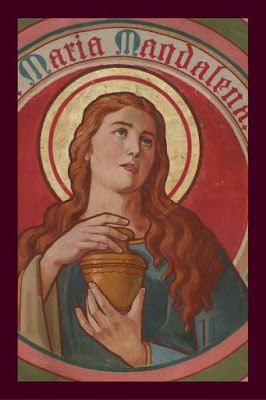 This one's an image I came across on Pinterest. I couldn't find an
origin for it, but it portrays Mary Magdalene with reddish-brown hair.
It looks quite Germanic. 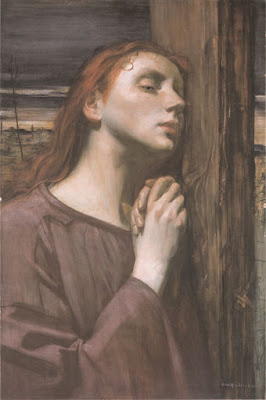 (Mary Magdalene at the Foot of the Cross - Ottilie Roederstein)

(The Progress of the Soul - Phoebe Anna Traquair) 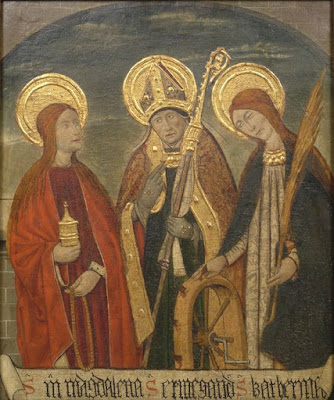 Panel from an altarpiece once in Veyn, near Sort, Spain.
It depicts Saints Mary Magdalene, Ermengold, and
Catherine of Alexandria. 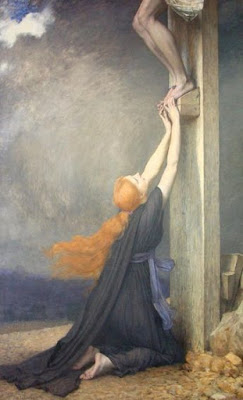 Red Hair in the Artwork of Florence Harrison

The following images come from the artist Florence Harrison (1877-1955). She was known for illustrating poetry and children's books.

This first one is an image I came across a very long time ago online, however at that time I had no way of knowing who the artist was as there was no label on the image. Fortunately I recently rediscovered it and found to my added pleasure that it was actually used to illustrate a poem by Christina Rossetti. It's quite a beautiful image. 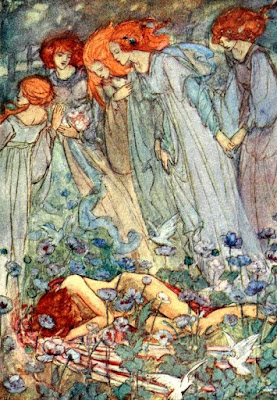 The following two I only came across recently. They both portray women with reddish hair. The first is titled The Ghost's Petition, however I haven't been able to find the name of the second one as of yet. 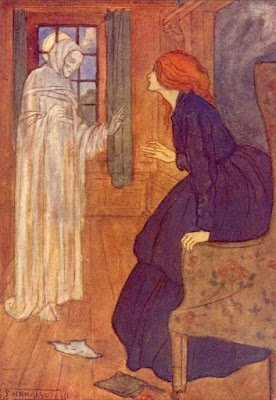 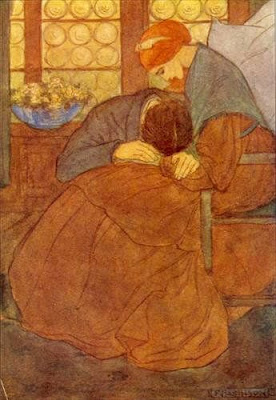 Red Hair in the Works of Alphonse Mucha

Some beautiful art now. I've been meaning to upload some of these images for a while now, but have kept forgetting. This first batch comes from the Czech Art Nouveau painter Alphonse Mucha. 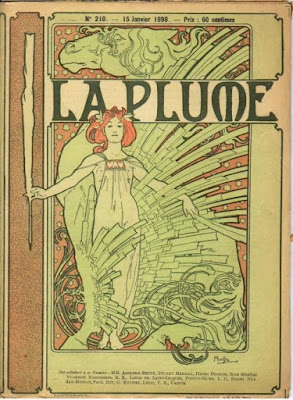 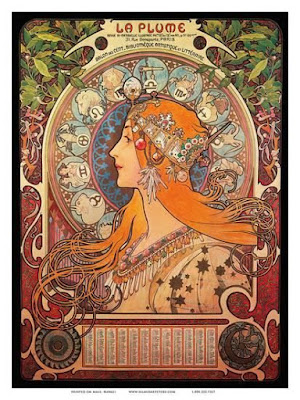 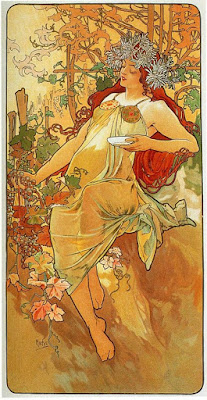 The Red-Haired Prophecy of Constantinople

Yey, new post. First up a really excellent find from Emanuela. It comes from a book found on Google Books tilted Forschungen zur osteuropäischen Geschichte - which translates as Research on Eastern European History.

On page 57 it contains a curious reference to red hair. It concerns a prophecy relating to the city of Constantinople;

"The version which is possibly the oldest ends in a prophecy: one day, the "red-haired" people (rusyi rod) would reign over the Place of the Seven Hills (the New Rome) and restore to Christianity its ancient capital."

This is quite fascinating and is something I'm surprised not to have came across before. It's also interesting as it reaffirms the speculation linking Russia with red hair, and the idea that the name Russia possibly translates as "land of the reds". Something often repeated online and elsewhere. We've mentioned the possible etymological links with words such as rust, rose, russet, etc on this blog before.

On page 58 it then adds a little more, furthering this Russian connection;

This is definitely something worthy of further investigation :)

Following on from the Russian and Christian theme I also recently came across a paper that once again reiterates the unexpected commonness of red hair amongst the Jewish population. It's titled;

(A quick Google search should bring up the PDF).

I've yet to read the entire thing, but a quick search of the text brought up the following few bits.

In relation to hair, eyes, and complexion, he offered another meta-study (totalling 120,000 measurements) and showed that while Jews had darker hair and eyes than other nationalities, they included 21% blue eyes and 29% fair hair, and a surprisingly high number of red-heads (with Sephardim having three times as many red-haired as Ashkenazim).

In relation to red hair, Jacobs dismissed any claim that variation from the Jewish type should be interpreted as disproving purity of race; he argued that the Jewish type represented an average and that “the variations, though they may be due to intermixture, may also be merely normal divergences from the standard.” Red hair, Jacobs admitted, was the most difficult to understand in terms of divergence from the dark norm since it was “exceptionally prevalent” among Jews, but he noted that in biological terms “erythrism” was a kind of albinism and a matter of natural variance of certain pigments; he concluded that it was not due to intermixture but was the probable result of defective nutrition (since it occurred mostly among Jews of Africa and the East).

Interesting. Not too sure about the idea that red hair is the product of defective nutrition though xD