I've recently discovered another artist with a penchant for red hair - Eugene Grasset. Grasset was a Franco-Swiss Art Nouveau artist who worked in Paris during the Belle Époque period.

These images are all just great :) ..especially the last one which is my favourite and is titled Woman Science. 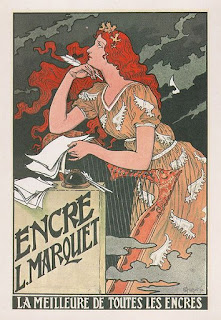 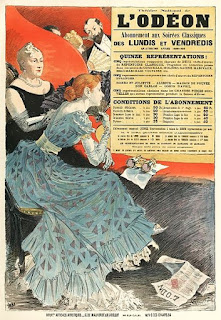 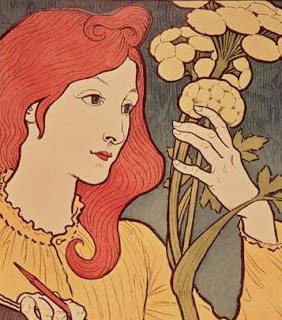 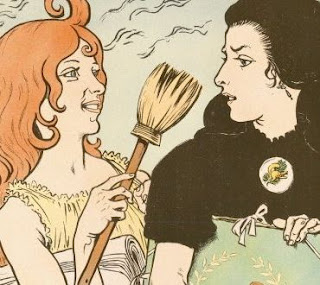 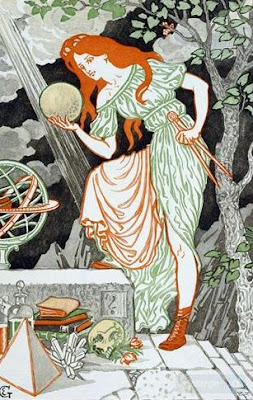 Oh, and this one is pretty cool as well, titled La Belle Jardiniere - May; 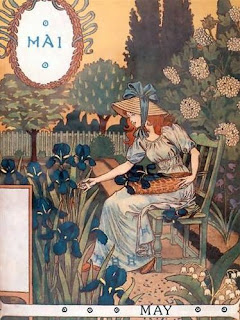 On another slightly red hair related topic I've finally got a copy of Paradise Lost, the final movie in the Eden of the East anime series. The original TV series and the follow-up movie, The King of Eden, were excellent, so I'm really looking forward to watching the second and final movie. I'm working my way through the original series from the start again though so I get the full experience, as it's a while since I first watched it and I don't want to come into the last movie cold :D

Anyhow, the lead female character, Saki Morimi, just so happens to be a redhead.

It's an excellent series. I highly recommend it. Hopefully the last instalment will live up to my high expectations of it (:
Posted by Neil at 6:13 PM No comments:

Some more great examples of red hair in art courtesy of Emanuela now. The following is another that has been attributed to Leonardo da Vinci by some people, and is thought to depict a reddish-haired Lucrezia Crivelli (a mistress of Ludovico Sforza, Duke of Milan). 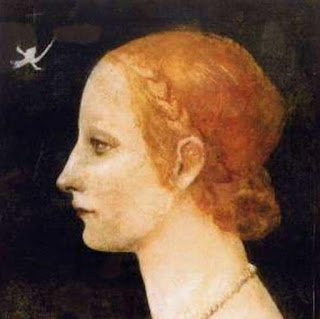 The next four images are from the painter Giampietrino. Another Italian painter, he was part of Leonardo's studio circle. As the following pictures will show he was heavily influenced by the great artist.
First up this one titled Salome. It shows a ginger Salome with the severed head of John the Baptist. 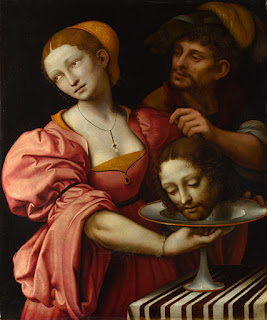 This next one is titled St John in Hermitage. It shows St John the Evangelist (or possibly John the Baptist?) with gingerish hair, and looking rather effeminate. 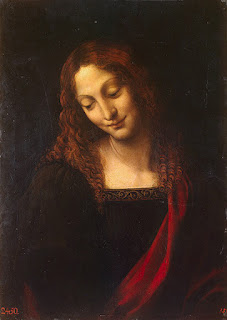 The following painting is a copy of Leonardo's Virgin on the Rocks. However, luckily for us this version shows the subjects of the painting with hair of a more reddish tinge. 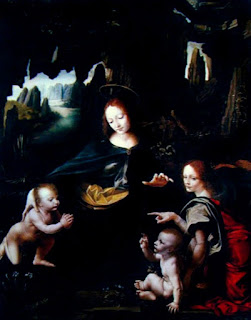 And this last one is probably my favourite. The image I've robbed from Wikipedia isn't ideal, but you still get a good sense of the work. It shows a slightly salacious Mary Magdalene with reddish-brown hair. Interestingly, like some of the legends state, she appears to be clothed in nothing but her own hair. A kind of idealised Sasquatch I guess xD 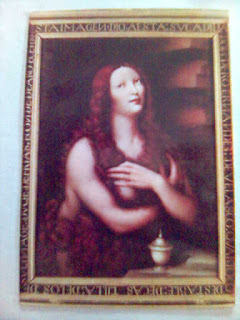 The Artwork of Francesco Bacchiacca

First post of 2016 :) ..I actually came across the following set of pictures well before Christmas, but I got sidetracked with other things. The images are quite beautiful though and the red hair they present is quite striking in its brightness. So their sharing is long overdue. All the paintings are by the 16th century Italian artist Francesco Bacchiacca.

The first one (with very bright hair!) is titled Portrait of a Woman and Child - Allegory of Liberality; 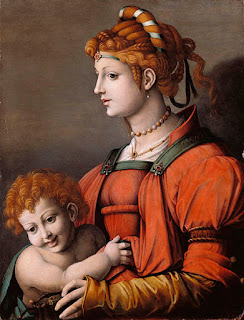 Next up is one that seems to depict a multitude of redheads, and is a detail from a painting titled The Preaching of Saint John the Baptist. 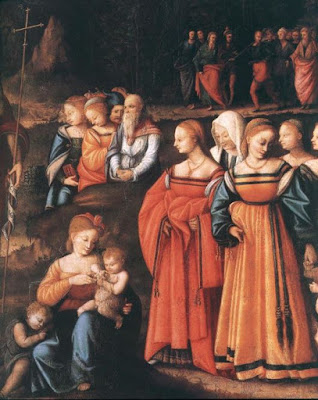 And next is another red-haired Mary Magdalene :) 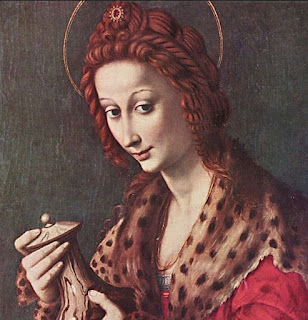 And finally a painting illustrating the story of Leda and the Swan. It looks quite different in style to the previous paintings. Then again they all look a little anachronistic. The colours all seem very vivid for 400 year old paintings. They're all equally beautiful though regardless of their provenance. Happy New Year. 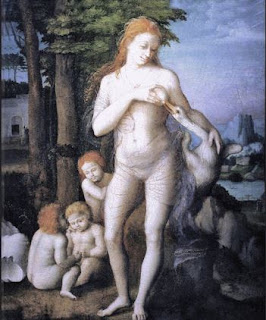