I finished reading the Francis Drake book I mentioned a few posts ago. Towards the end of it I found another interesting titbit.

The following is a verse about Drake penned by Robert Hayman, a Devon man who became Governor of Britaniola (Newfoundland). The verse was inspired by a chance encounter Hayman had with Drake when he was a child.


He asked me whose I was. I answered him.
He asked if his good friend were within.
A fair red orange in his hand he had.
He gave it me, whereof I was right glad.
Takes and kissed me and prays, God bless my boy,
Which I recall in comfort to this day.

The verse may seem incidental to most, however the mention of a "fair red orange" struck me as being quite in keeping with something I've mentioned on this blog before. Namely the possible relationship between oranges (and pumpkins), Protestantism and red hair.

Drake was said to be a devout Protestant and he was instrumental in Protestant England's successful defiance of Catholic Spain. As we mentioned in the last post about him he was also said to have red hair. The poem of course could quite easily be a simple retelling of a chance encounter the writer had with the great man. However, it could also be a symbolic apocryphal story hiding a deeper meaning - the orange representing a symbolic handing down of the Protestant chalice to future generations.
Posted by Neil at 11:00 PM 1 comment:

Thanks to Emanuela I've recently discovered that the Norse god Thor was a redhead. I've heard this claim made before but have never seen any real vindication until now.

According to Wikipedia Thor is generally described as "fierce-eyed, red-haired and red-bearded." And in The Prologue to the Prose Edda his hair was described as "more beautiful than gold." 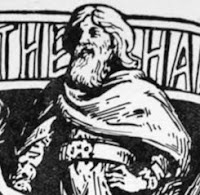 Another miscellany of redheads in art now courtesy of Emanuela :D

First up this beautiful image by the Italian artist Lorenzo di Credi. It's titled A Boy in a Scarlet Cap. 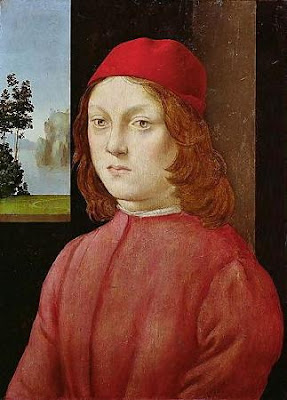 Next a portrait of Gian Giacomo Caprotti, the pupil of Leonardo da Vinci. Also known by the nickname Salaì, meaning devil. 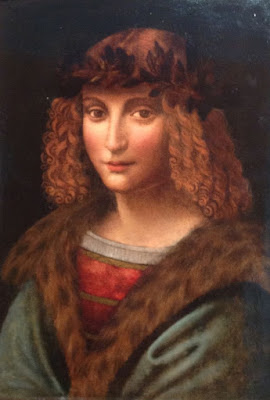 And finally a painting by the Flemish artist Bernard van Orley (for which we can't find the name xD). The painting appears to show a red-haired Mary and child Jesus, along with several other reddish-haired children. To add to the apparent redness the baby Jesus appears to be reaching for an orange. 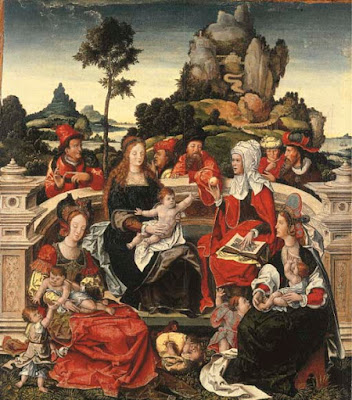 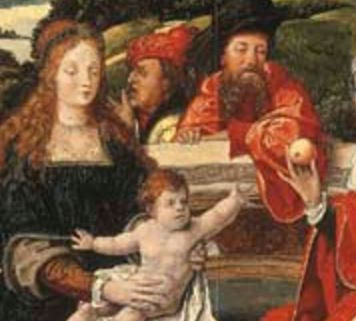 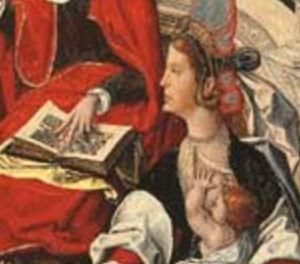