Emanuela also brought this German stamp to my attention which shows the wicked step-mother from Snow White with red hair. 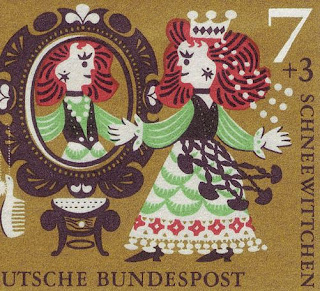 I also came across a Japanese manga comic called Snow White with the Red Hair. According to the Wikipedia page an anime adaptation has recently been made. Apparently the plot involves her cutting off her red hair after a prince tries to force her to become his concubine because of it. 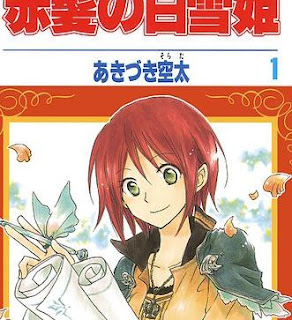