There was recently a bit of a to-do concerning the company Milka, the chocolate makers. Apparently a casting company producing an advert for the brand specified that the children appearing should not be overweight or red-haired.

We tend to get these stories from time to time, so it's nothing new, and we've covered it before. I always think it's best not to get too worked up about such things. The cries of victimhood often do more damage than the original offence. I certainly cringe a little as a red-haired person whenever I see other people kicking up such a fuss on my behalf. True, it's a little bit galling when you see people deem red hair undesirable or unattractive in some way, but it's a free world and you can't force people to like something they don't like. Or to have the same aesthetic tastes as you. It's probably a little bit more offensive to overweight people really, but then again you can see why a chocolate company wouldn't want overweight people advertising their brand.

Likewise normally when people advertise something they want to make it look attractive, so it's only natural that they will want people they deem attractive in their advertisements. Which is something that can be quite subjective. If someone uses an attractive woman to sell a sports car we may disagree with their taste, but do we really want to strip a creative person of their right to follow their own tastes and judgement? Do you really want everyone producing content to be constantly worrying about offending people, or not having the right level of "diversity"?

For instance, pretty much everyone featured on this blog is red haired, it's hardly diverse. So I can't really complain that something made by someone else lacks the required diversity. Or excludes something I would want included. We can't have it both ways.

Anyway, and I think this is the best way to go about things, I took it upon myself to fix the situation and make my own adverts. 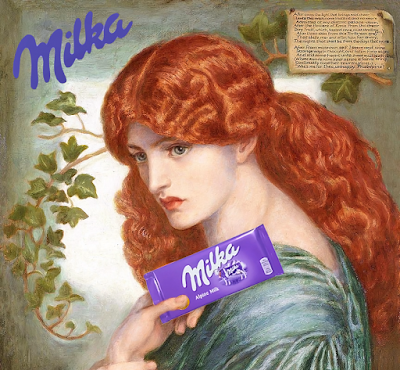 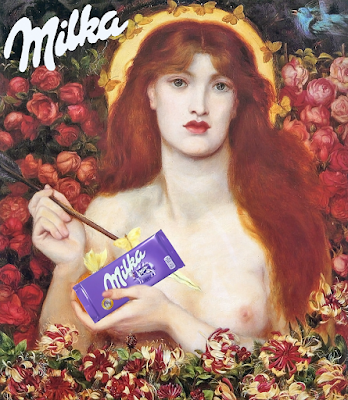 Can I have some free chocolate now?
Posted by Neil at 5:57 PM