Recently I've found out that two of the most famous Italian singers, Francesco De Gregori and Fiorella Mannoia, share not only their hair colour, but also the date of birth (4th April) and the place of birth (Rome).

Francesco De Gregori (1951) is a singer-songwriter, known as "the prince of the singer-songwriters". He started his carreer at the end of the 60s and is still working. His hair is now white and as an adult it got brownish, but there are several reports of it being red. He also wrote a song (probably autobiographical), titled Il ragazzo, about a red-haired boy. 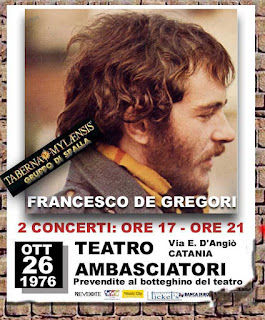 Here's the video of his song Titanic.

Fiorella Mannoia (1954) too started her carreer at the end of the 60s. She looks very Irish and even wrote a song about Ireland, Il cielo d'Irlanda, which you can see below. 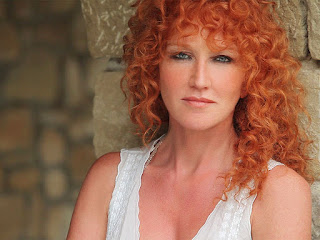 And here's a song, La storia, with Mannoia and De Gregori together.