The Tree of Knowledge - An Orange Tree?

Following on from the topic of oranges, I've been reading about the possibility that the Tree of Knowledge in the Garden of Eden was an orange tree. Obviously there can be no absolute certainty with this as the story was just that, a story, and the fruit in it was unspecified. However, it's nevertheless interesting to look at how this myth has been interpreted over the years.

We generally think of the fruit as an apple - a symbol of sexuality. However, in some regards an orange would make more sense, as the tree bestowed knowledge and an orange could be regarded as a symbol of the sun, gold, light and illumination. (This is touched upon in the Mary Magdalene: Princess of Orange book which I mentioned in my last post - I'll review it on here when I've finished reading it).

In some works of art the fruit is actually depicted as an orange as well. The image beneath is by Lucas Cranach the Elder. 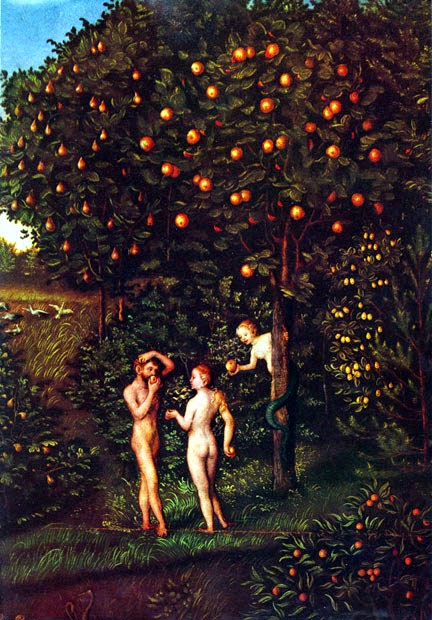 I also came across this painting called The Fall by Michiel Coxcie. 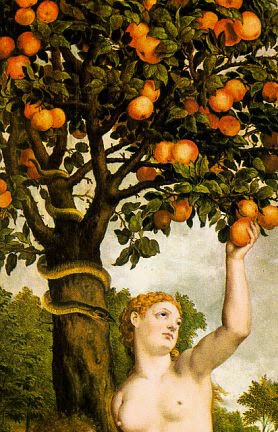 No doubt there are many others out there.
Posted by Neil at 11:06 AM