Over the last ten years or so red hair seems to have had a surge in popularity. Is this a passing trend? Or will it continue on upwards?

This is a graph from Google Trends for the term red hair. It shows that searches for the term started rising in 2007 and then reached something of a plateau from 2013 onwards.

On a similar theme I also recently received an email from someone asking why there were so many redheads in TV adverts of late. This was something I'd never really paid much attention to. However, since then I've noticed quite a few instances of it.

The most recent advert for Foster's lager has a redhead as its star; 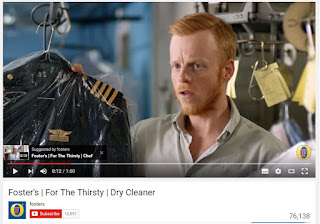 There was also a redhead in the latest Kwik Fit advert. This one was quite telling actually. Normally in TV commercials of this ilk where there's a group of people we tend to get the token black guy. Occasionally we may also see a token Asian - or token female as well. However, in this commercial we see a token black guy, a token female ..and a token redhead too. This definitely seems like something new. 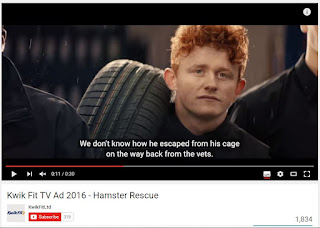 I've also noticed the following advert for LateRooms.com on TV a lot lately too. The redhead in this one isn't quite as dignified, the advert is quite funny to be fair though. 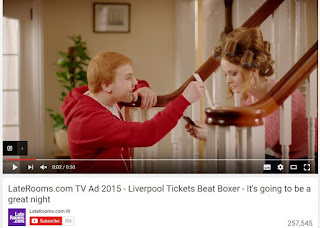 It'll be interesting to see if this apparent trend continues.
Posted by Neil at 5:27 PM