What Percentage of Mammals have Red Hair?

Just a quick post. We always talk about how rare red or ginger hair is amongst humans. However, I often wonder; is it equally rare amongst other animals?
I always mean to dig into this, but rarely get going with it. I've just had another quick wander around the online world to try to ascertain at least a ballpark percentage for how many animals are ginger. Particularly in regard to mammals, but again, I can't seem to find any useful information.
(I did discover though that ginger cats are much more likely to be male than female - apparently the "ginger gene" for cats is on the X chromosome. Meaning that female cats, unlike males, need two copies of the gene as they have two X chromosomes. Or something along those lines. I did try to find the percentage of ginger pet cats, but again got nowhere.)
Anyhow, I thought I'd post here just to get the ball rolling. To at least put a marker down for future reference. 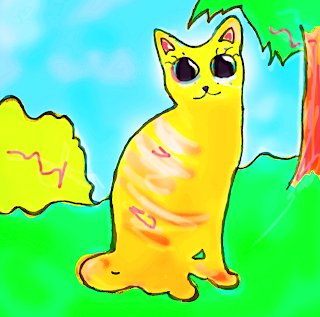 It would be useful to look into this further. Not only to discover how rare ginger animals are in general, but also to see if there are any geographical factors at play too. My little pet theory that diverse gene pools containing the extremes of light and dark give rise to outbursts of gingerness in humans suggests an element of geography. It would be interesting to see if any parallels arise in the animal kingdom.
In a very basic way I've started trying to list the various orange animals.
tigers
red squirrels
red foxes
orangutans
red pandas
I'm sure there are many more, but from a lazy children's book of world animals type perspective not too many spring to mind.
We also have red-haired variants amongst domesticated animals too of course - horses, cattle, cats, dogs, etc.
It may also be worth looking at the percentage of animals with white fur, such as Arctic foxes and so forth. Which seems equally, if not more rare, and also seems to be associated with the far north. As with blond hair in humans.
Posted by Neil at 10:06 PM