The Red-Haired Mummies of Peru and Chile

The Paracas culture was an Andean society existing between approximately 800 BC and 100 BC.
It was located in what today is the Ica Region of Peru. Most information about the lives of the Paracas people comes from excavations at the large seaside Paracas site on the Paracas Peninsula, first formally investigated in the 1920s by Peruvian archaeologist Julio Tello (1880 - 1947).

The Paracas Cavernas are shaft tombs set into the top of Cerro Colorado, each containing multiple burials.
Each burial consisted of a conical textile-wrapped bundle, most containing a seated individual facing north across the bay of Paracas, next to grave offerings such as ceramics, foodstuffs, baskets, and weapons. Each body was bound with cord to hold it in a seated position, before being wrapped in many layers of intricate, ornate, and finely woven textiles. The Paracas Necropolis textiles and embroideries are considered to be some of the finest ever produced by Pre-Columbian Andean societies. They are the primary works of art by which Paracas culture is known. Burials at the necropolis of Wari Kayan continued until approximately 250 AD. Many of the mortuary bundles include textiles similar to those of the early Nazca culture, which arose after the Paracas.

Most of the mummies have reddish, blondish and brownish hair. Here are the reddish ones. 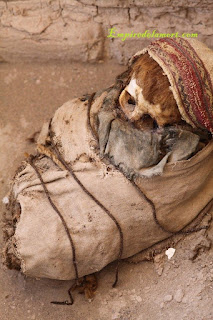 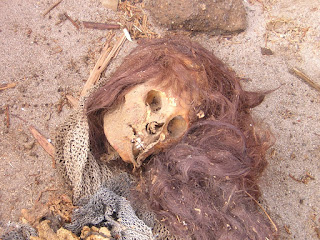 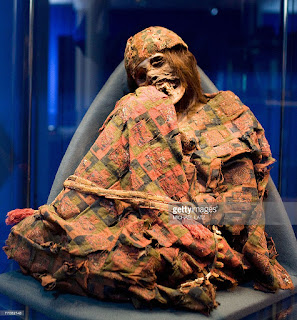 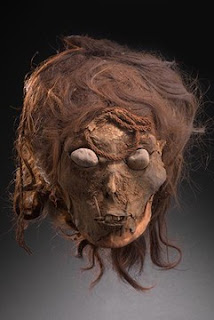 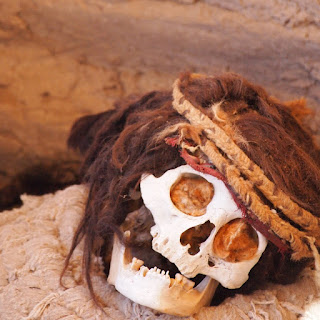 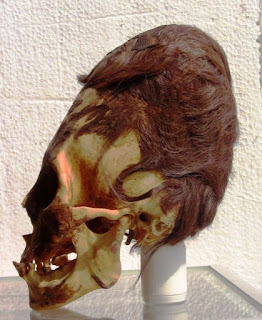 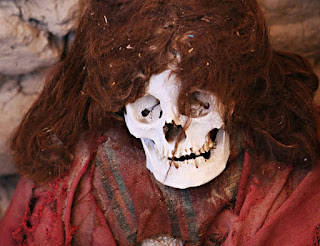 Some speculate that the red “hats” of the Moai of Easter Island (Rapa Nui) represent the hair tied into a top knot, and many of these large stone figures were made prior to the arrival of Polynesians, who first came there about 100 AD, at the earliest. 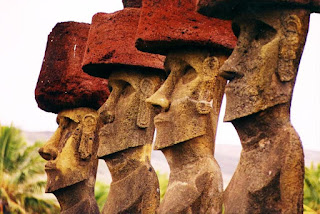 The Chinchorro mummies are mummified remains of individuals from the South American Chinchorro culture, found in what is now northern Chile. They are the oldest examples of artificially mummified human remains, having been buried up to two thousand years before the Egyptian mummies: the oldest anthropogenically modified Chinchorro mummy dates from around 5050 BC. While many cultures throughout the world have sought to focus on preserving the dead elite, the Chinchorro tradition performed mummification on all members of their society, making them archaeologically significant. The decision of egalitarian preservation is proven in the mummification of the relatively less productive members of society (meaning those who could not contribute to the welfare of others; the elderly, children, infants and miscarried fetuses). It is often the case that children and babies received the most elaborate mummification treatments.

Here are the ones with red hair. 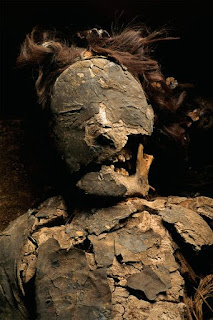 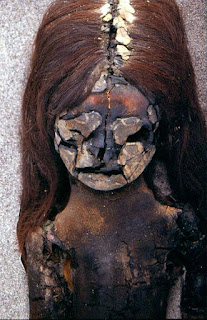 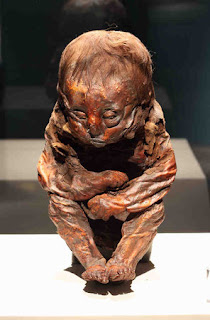 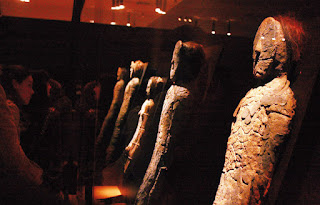