Pre-Raphaelite Who's Who: Elizabeth Siddall

Elizabeth Eleanor Siddall (1829 - 1862). English artists' model, poet and artist. She was painted and drawn extensively by artists of the Pre-Raphaelite Brotherhood, including Walter Deverell, William Holman Hunt, John Everett Millais (including his notable 1852 painting Ophelia) and her husband, Dante Gabriel Rossetti. He met her in 1849, when she was modelling for Deverell and she was the primary model and muse for him throughout most of his youth.

His brother, the writer and critic William Michael Rossetti, described her as having "greenish-blue unsparkling eyes, large perfect eyelids, brilliant complexion and a lavish heavy wealth of coppery golden hair."

The number of paintings and drawings Rossetti did of her are said to number in the thousands. Perhaps best known among Rossetti's works of Siddall is Beata Beatrix, which depicts a praying Beatrice (from Dante Alighieri) and was painted in 1863, a year after Siddall's death.

In 1852 Siddall began to study with Rossetti. She produced many sketches, drawings, and watercolours as well as one oil painting. Her sketches are laid out in a fashion similar to Pre-Raphaelite compositions illustrating Arthurian legend and other idealised medieval themes, and she exhibited with the Pre-Raphaelites at the summer exhibition at Russell Place in 1857. 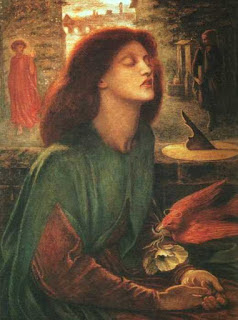 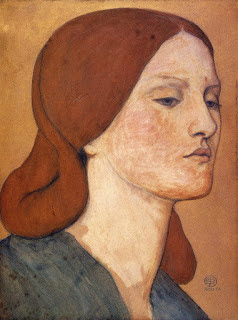 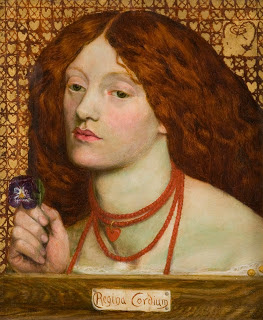 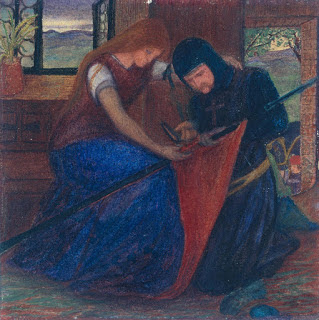 Lady Affixing Pennant to a Knight's Spear,
by E. Siddall 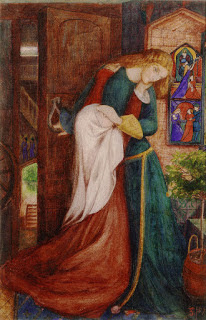 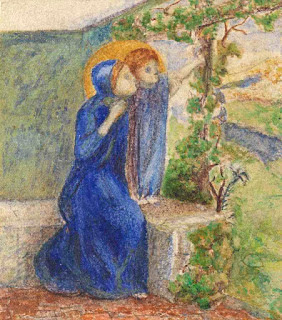 Madonna and Child, by E. Siddall 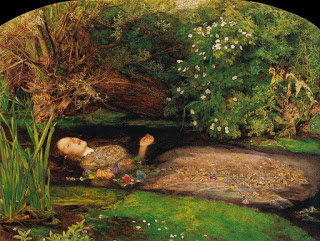