Elisabeth Sonrel (1874 - 1953) was a French painter and illustrator in the Art Nouveau style. Her works included allegorical subjects, mysticism and symbolism, portraits and landscapes.

She painted above all large watercolours in a Pre-Raphaelite manner, which she adopted after a trip to Florence and Rome, discovering the Renaissance painters - some of her work having clear overtones of Botticelli. Her paintings were often inspired by Arthurian romance, Dante Alighieri's 'Divine Comedy' and 'La Vita Nuova', biblical themes and medieval legends.

At the Exposition Universelle of 1900, the primary theme of which was Art Nouveau, her 1895 painting 'Le Sommeil de la Vierge' (Sleep of the Virgin), was awarded a bronze medal, and the Henri Lehmann prize of 3000 francs by L'académie des Beaux-Arts. From 1900 onwards she confined her painting to portraits, scenic Brittany landscapes and the occasional flower study. 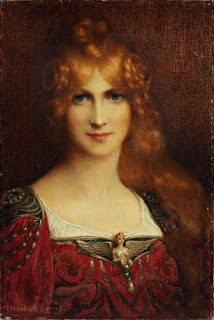 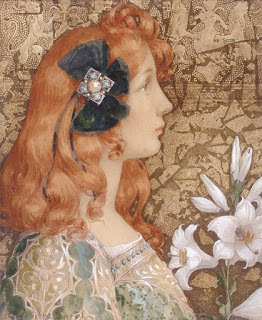 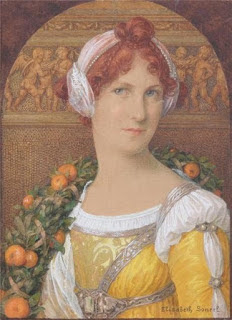 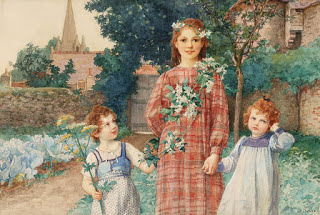 Three Girls in the Walled Garden 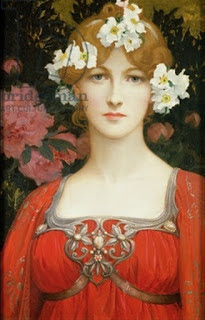 The Circlet of White Flowers 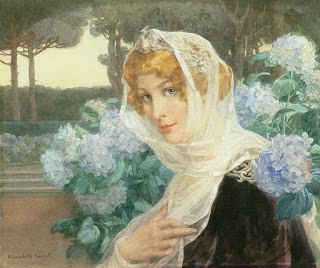