Old film about a redhead

The film is Die Rote (The Redhead). It was shot in 1962 and it's an Italian/German production. 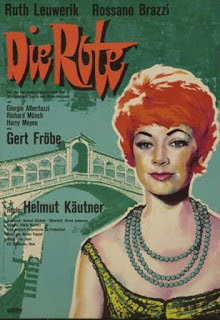 Here's the plot as reported on IMDb:

"A redhead, approaching forty, is bored with her husband and with life in general. Having an affair with another man fails to produce the excitement she is craving. So she leaves Germany, seeking adventure and fulfillment in Venice, where she finds work in a hotel. Initially, life seems more interesting, and she has new romantic adventures. But when she realizes that her British lover is merely using her for a personal vendetta against a German Nazi, she finds herself running away once again." 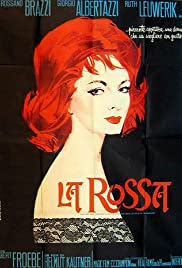 Here's a short segment from the film: