Edward Reginald Frampton (1870 - 1923) was an English painter who specialised in murals, specifically war memorials at churches. He painted in a flat, stately style, and was influenced by French Symbolism. His work usually depicted symbolic subjects and landscapes.

Early in his career he devoted himself to landscape painting; after a lengthy stay in France and Italy, and after seeing an exhibition of the collected works of Sir Edward Burne-Jones he chose to concentrate on illustrating the human form. All his larger and more important compositions have been figure subjects. Frampton considered himself to have been influenced both by primitive Italian painting and the English Pre-Raphaelite design, and also by the compositions of Pierre Puvis de Chavannes. 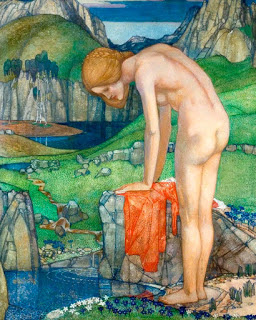 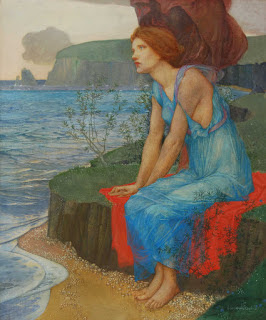 Ariadne on the Isle of Naxos 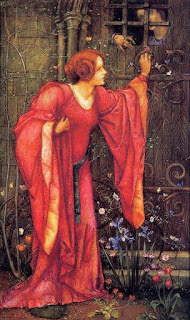 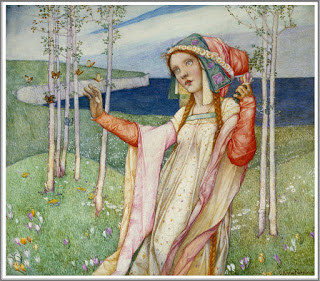 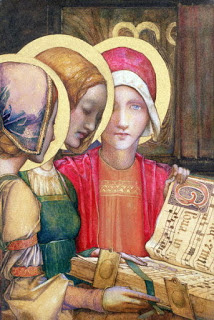 Flora on the Alps 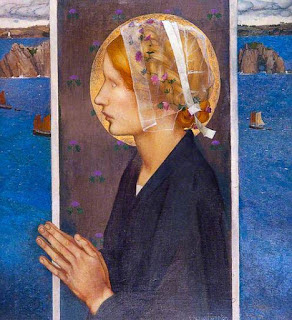 A Madonna of Brittany 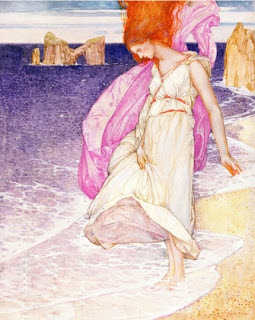 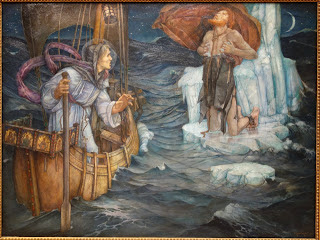 The Voyage of St. Brandan