Emanuela also brought some more redheads to my attention :D

Firstly, another Spanish explorer to go with the red-haired Ponce de Leon;- Vasco Núñez de Balboa. Balboa was an explorer, governor and conquistador. He was the first European to lead an expedition to reach the Pacific from the New World. The following description of him comes from a book titled Vasco Nunez de Balboa: Explorer of the Pacific;


"The young Spaniard was everything a future conquistador should be - intelligent, courageous, bold, and well trained in the art of swordsmanship. The only thing that the red-haired Balboa lacked was wealth."

Another possible redhead was Marie Antoinette. Most people state that Marie Antoinette was a blond, however some have stated that her hair was more a strawberry-blond colour.

In many of her portraits she looks typically blond, however the following portrait shows a much more orangey colour. 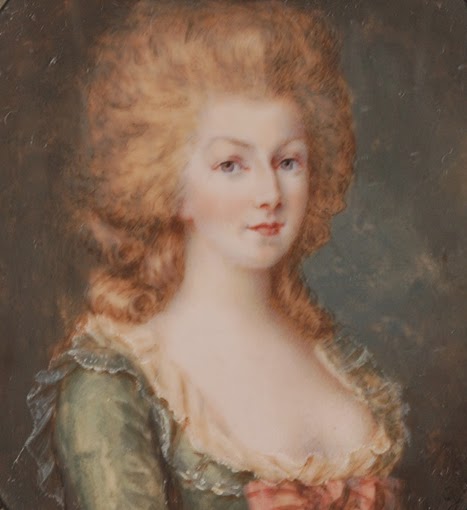 And finally a really interesting person to add to the redhead collection - Mozart.


"You'll never see it in his portraits, but under the powdered wigs, he apparently had light red hair. Go to the right museum and you can even see a lock of it for yourself."

If Mozart really was a redhead that would be fascinating :)
Posted by Neil at 7:19 PM