...and now a few miscellaneous redheads with nowhere else to go.

Firstly, a few Islamic rulers. Abd ar-Rahman I was the 1st Emir of Córdoba. It's said he had red hair which he inherited from his mother, a Christian Berber slave.

Muhammed VI, Sultan of Granada also had red hair. He was supposedly known in Spanish as "El Bermejo" because of it.

Next up some rulers that may have been red-haired, but which I only have pictures to back the claim up :)

In this picture Alfonso III of Asturias looks rather red-haired. He was king of León, Galicia and Asturias.

This picture of the similarly named Alfonso III of Aragon also looks remarkable ginger. He was called "the Liberal" or "the Free". 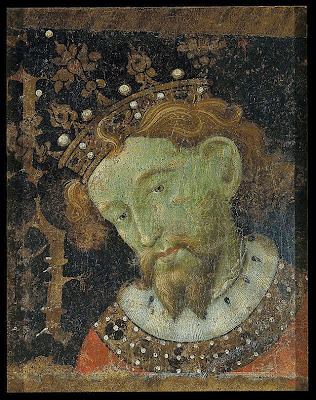 And finally, Mircea I of Wallachia - he was Dracula's grandfather! In this picture he's noticeably red-haired. 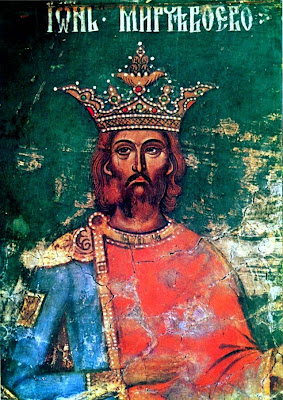