We've already mentioned on here the fact that both Ponce de Leon and Vasco Núñez de Balboa were redheads. And we've mentioned that Christopher Columbus was also red-haired (or at the very least freckled). Anyway, we can now add a few more to the list of New World explorers.

Firstly, Pedro de Alvarado. He was was a Spanish conquistador and governor of Guatemala. According to Wikipedia he was called "Red Sun" by the indigenous people, and it goes on to state that one possible reason for this name may have been his red hair. However, later on, on the same Wikipedia page it states that he had blond hair and beard, so I don't know what to believe. He was apparently renowned for his cruel treatment of the native population, so maybe it would be best to disown him as a blondie.

We've also found reference on-line to Hernan Cortes being red-haired. It's stated that the Aztecs mistakenly believed that Cortes was the god Quetzalcoatl - who was characterised by light skin, light eyes and red hair. Cortes was also another wrong 'un. The song "Cortes the Killer" by Neil Young springs to mind.

The Portuguese explorer Vasco da Gama has also been suggested as another potential redhead, however, references for this have been hard to come by.

Incidentally, on the explorer theme, another possible redhead is the Scottish explorer Alexander Mackenzie. The picture of him below shows hair of a fair, blonding colour. 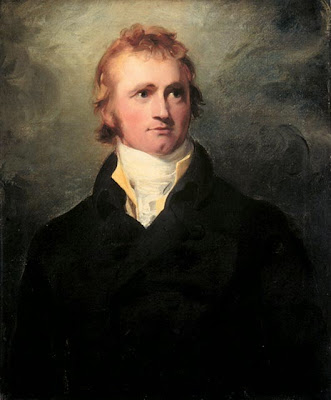