O'Higgins was a huge figure in the Chilean quest for independence in the 19th Century. Perhaps the figure. His name may sound quite strange to English ears - the combination of a Spanish first name and such an Irish surname seems quite odd and amusing. However, he was a massively important figure in the history of Chile and is yet another red-haired revolutionary to add to our ever-growing list. It seems every country had one. He was also, like the red-haired Garibaldi, a Freemason. His hair looks remarkably red in his portraits. 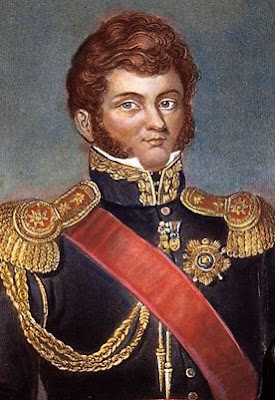 Patricio Lynch was a lieutenant in the Royal Navy and a Rear Admiral in the Chilean Navy, taking part in the War of the Pacific in the latter half of the 19th Century. Due to his red hair he was known as the "Red Prince" by the Chinese slave-labourers he liberated from the Peruvian Haciendas. 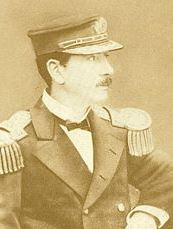