Some more famous British redheads now (once again with a big thank you to Emanuela for bringing them to my attention).

First up is the 17th Century writer and preacher John Bunyan, famous for writing the religious allegory The Pilgrim's Progress. Another English Civil War era redhead. According to the webpage below he had "sparkling eyes", "a ruddy face" and "reddish" hair.

Next up a pretty big one to add to our collection if we can claim him: John Milton. Milton is famous for penning the epic poem Paradise Lost. He was also a civil servant for the Commonwealth of England during Cromwell's period (..the red-haired Reformation continues). The following page states that he had auburn hair with a "reddish cast" to it.

Emanuela also found the following pictures of him which both show hair of a reddish chestnut colouring. 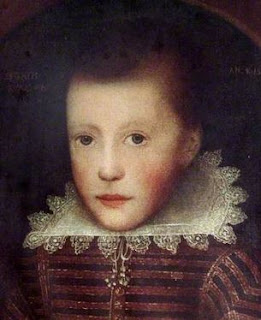 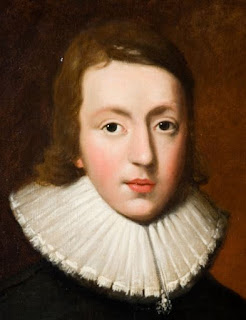 ..and finally another big hitter from from the world of literature, this time from the 19th Century; Thomas Carlyle. According to the following webpage the writer told Henry Fielding Dickens (son of Charles) that he was a "gawky youth with a shock of red hair, and explained how he used to be bullied by other boys".

I've referenced Thomas Carlyle before when discussing the above mentioned Oliver Cromwell, but I wasn't aware that like Cromwell he was also red-haired. Carlyle stated of Cromwell; "As lightning is to light, so is a Cromwell to a Shakespeare". Carlyle had a theory that history was dominated by heroic men who stood above all others, shaping destiny by rising up and leading through the chaos. He stated "History is nothing but the biography of the Great Man". He believed Cromwell was one of these figures.

My favourite Thomas Carlyle quote is the following; "Godlike men love lightening ...Godless men love it not; shriek murder when they see it; shutting their eyes, and hastily procuring smoked-spectacles."
Posted by Neil at 10:58 PM