We have another important astronomical figure who may have been red-haired - Nicolaus Copernicus. The image below shows him with, dare I say it, coppery locks. 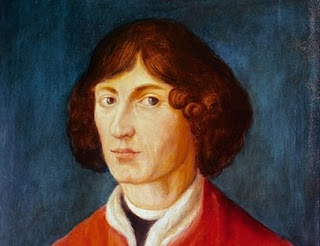 If he was indeed a redhead we can add him to the ranks of fellow-astronomers Galileo and Tycho Brahe who were also red-haired. Interestingly, Brahe also had an artificial "copper" nose (although some sources say gold or silver), after losing part of his nose in a duel.

I should thank Barry for bringing this one to my attention. He cites it as more evidence that redheads are more predisposed to the Ninth Intelligence;
https://barrykort.wordpress.com/2013/09/06/the-ninth-intelligence/
Posted by Neil at 11:39 AM