A common trope on here is that Mary Magdalene had red hair, and we're used to seeing images such as the one below showing the penitent Mary with long flowing reddish hair covering her modesty. 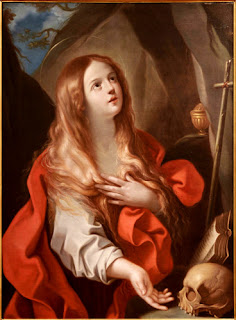 These images tap into the medieval legend that Mary spent a period of time living as a hermit in repentance of her life of sin. Her story was often confused and conflated with that of Mary of Egypt - a 4th century penitent Mary who was said to have spent time living as a hermit in the desert, where her clothes wore out and she was forced to live naked with nothing but her hair to cover her.

Later depictions of the Penitent Mary generally show her nakedness covered by her long flowing hair, however, earlier depictions often show her covered with thick body hair o_O - generally looking not unlike a Bigfoot or Sasquatch. It's quite an odd tradition, and quite out of keeping with the view we generally have of Mary.

Some of these depictions can be seen below. Some, quite fittingly for this blog, show her with reddish hair, in others it's more of a blond or brownish colour. 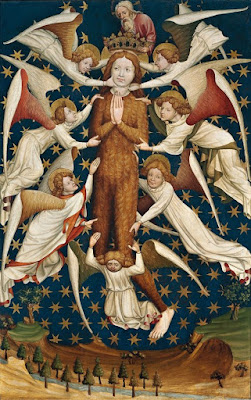 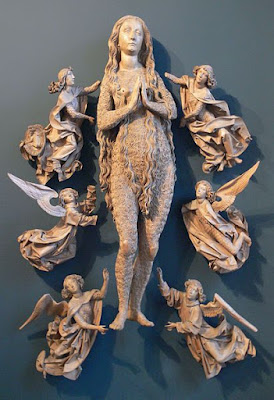 A carved depiction of Mary Magdalene 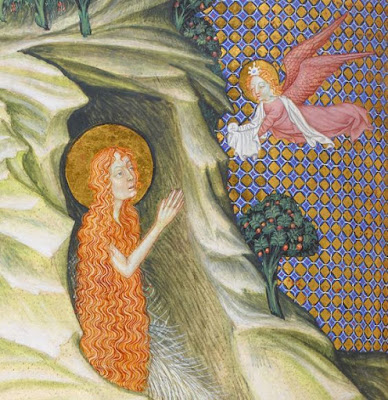 The Ascension of Mary Magdalene by Antonio Vivarini

The carved image in particular is reminiscent of the wodewose or wild man carvings that are often seen on medieval churches.

I'll finish with a more traditional image of Mary Magdalene which I came across whilst looking into this. I think this one looks quite cool. 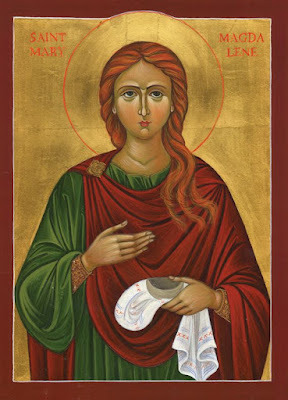