Some new posts. First in a good while now. Hopefully I'll be able to rattle off quite a few over the next day or so as there's a fair bit of new information :)

First up, I was made aware of the following article concerning red hair and Jewishness. A theme we've touched upon quite a few times on this blog before.

It's quite a comprehensive and well-researched article. Definitely well worth reading. It also echoes my own sentiments in regards the importance of not attaching too much importance to red hair or other superficial genetic traits.


"What the percentage of red-headed Jews is today is not at all clear. What is clearer and more important is that Jews come in all shapes and all sizes and all shades, with different aptitudes, attitudes and orientations

..Red hair is not, however, a marker of Jewishness. Red hair is neither restricted to Jews, nor is it predominant among them. Natural hair grows on Jews in many colors, maybe not as many as the colors on Joseph’s coat (see Gen. 37:3), but more than enough to dispel unwarranted stereotypes.

..Ginger Jews remind us of how varied Jews are. Ironically, the most important thing about redheadedness in Jews may well be that it is really not that important at all."

This may also be a good place to mention a few more famous people of Jewish descent that had red hair. Both of these were recently brought to my attention by Emanuela (along with a whole host of other new people - many of which I'll list in my next post.)

The first one is the Marxist theorist and anti-war activist Rosa Luxemburg. She was apparently nicknamed "Red Rosa" because of her hair colour and her politics. It reminds me of the Labour MP Ellen Wilkinson who used to get labelled "Red Ellen" for similar reasons. 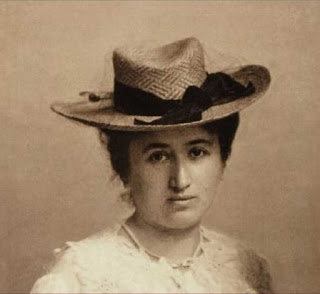 The second one is the filmmaker Billy Wilder, most famous for directing the Marilyn Monroe movie Some Like It Hot.

The book City of Nets: A Portrait of Hollywood in the 1940s describes him as "an ebullient youth with curly red hair". And the following Daily Mail article notes that his;

"twin trademarks were the pork pie hats he always wore - to hide his red hair - and the caustic observations that never allowed anyone to get really close to him." 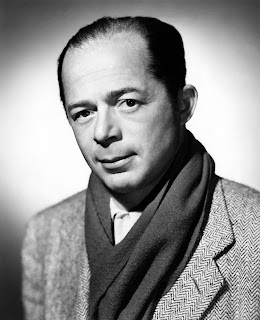 Whilst looking online for an image to use I also came across a few quotes from Billy Wilder which I thought were worth sharing :) 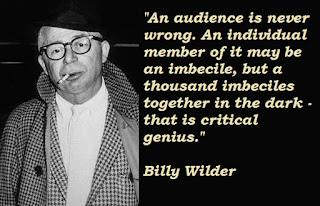 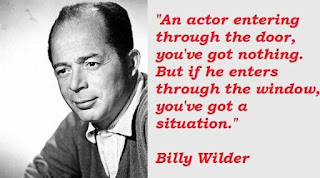