A good while ago we briefly noted that François Ravaillac, the famed assassin of King Henry IV of France, was a redhead. 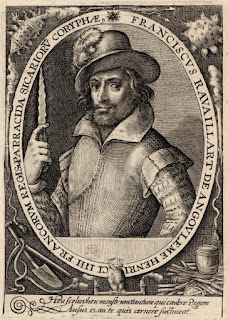 We even gave him his own page;

Anyway, a few days ago I came across a passage confirming this. I say confirm, the text it comes from is from 1719, and Ravaillac died in 1610, so it isn't quite proof, but still; pretty old.

The book is titled 'The history of king-killers' and describes him as an "enthusiastic hellish murderer of his sovereign", and as being "red hair'd [and] of a melancholy temper". 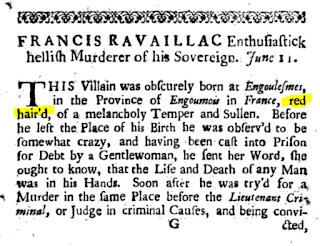