Vojtěch Adalbert Hynais (1854 – 1925) was a Czech painter, designer and graphics artist. He designed the curtain of the Prague National Theatre, decorated a number of buildings in Prague and Vienna, and was a founding member of the Vienna Secession. He was made an Officer of the Légion d'honneur in 1924.

Here's the curtain of the Prague National Theatre. Hynais had made the first sketches for the curtain while living in Montmartre; the winged figure is modelled on Suzanne Valadon. 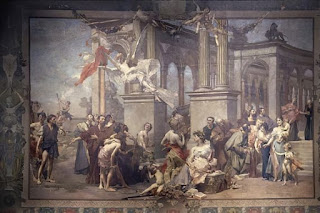 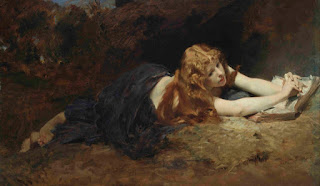 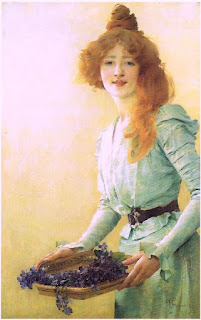