Can We Steal Lord Nelson Too?

This is quite a cool one too if it's true. And again thanks once again to Emanuela :)

She came across this tantalising snippet that accompanied the following picture on this website;
http://www.admiralnelson.info/Portraits.htm

"This was painted just after Nelson lost his arm.  It shows him thin and with a drawn face as he is dealing with the constant intense pain.  His hair had turned white with the shock of his wound (in later years it grew out to his natural auburn-grey)." 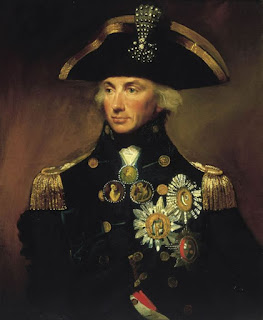 It might be a little bit sneaky to claim Nelson as a full-blown redhead based on this single intriguing line, however if he was it would be yet another national hero to add to our collection :D

Emanuela also found a few other pics that show a fairer-haired Nelson. These two showing him in his younger days. 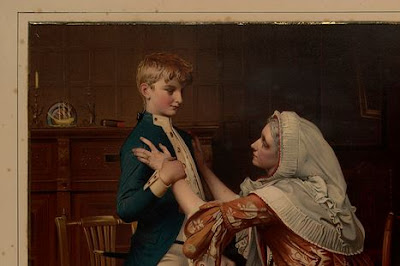 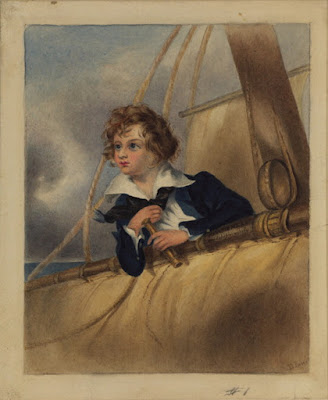 And these miniatures showing Nelson and his mistress Lady Emma Hamilton - she was also famously red-haired. 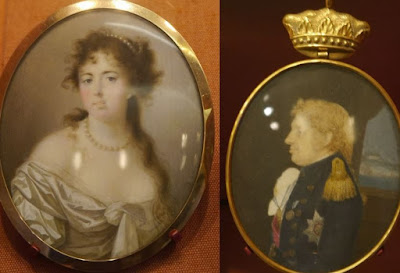 This portrait by the artist George Romney shows Emma portrayed as a Bacchante. 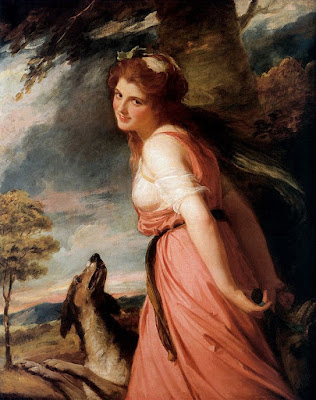 Looking at Nelson also inspired me to take another look at Nelson's arch-nemesis Napoleon. It's often mentioned on various on-line sites that Napoleon was a redhead, however when I first looked into this I couldn't find any contemporary descriptions of his appearance. This time it's been much easier as someone has very usefully provided a list of first-hand descriptions.
http://www.napoleon-series.org/research/napoleon/c_description.html

..and quite pleasingly some of them describe him as red, or rather, reddish-haired. 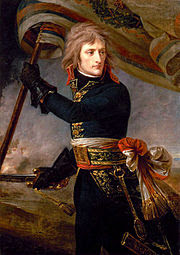 A description of Napoleon by Doctor Corvisart in 1802: His very fine chestnut hair, which, until the time of the expedition to Egypt, he had worn long, cut square and covering his ears, was clipped short.

Dennis Davidov's description of Napoleon at Tilsit in 1807: The hair on his head was not black, but dark reddish-blond; his eyebrows and eyelashes were much darker than the colour of his hair, and his blue eyes, set off by the almost black lashes, gave him a most pleasing expression.

Joséphine was described as being of monstrous height, svelte, shapely, with silky, long, chestnut-brown hair, hazel eyes, and a rather sallow complexion.

Quite incredible really.
Posted by Neil at 7:11 PM