A while back we mentioned the possibility that the poet Percy Bysshe Shelley was a redhead, and we showed a portrait of him as a child with gingery hair (pictured below). We now have some evidence that his wife Mary Shelley, author of the novel Frankenstein, was also red-haired. The portrait below, under her husbands, shows her with reddish hair. Also a book titled Mary Shelley: Frankenstein's Creator - The First Science Fiction Writer by Joan Kane Nichols mentions her hair colour. She described her thusly;


In her early teens, pale and pretty with delicate features and almond-shaped eyes that changed from gray to hazel under a cloud of light reddish-brown hair. 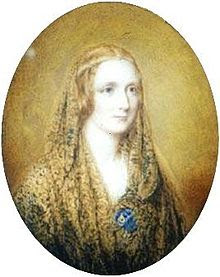