More poets and writers now courtesy of Emanuela. Firstly the world of F. Scott Fitzgerald. Not only was he himself a redhead, it would seem the women in his life were as well. His wife and fellow writer Zelda Fitzgerald was a redhead, and another female acquaintance of his, the famed dancer Isadora Duncan, was also red-haired.

Isadora Duncan famously died quite a grisly death - her neck being broken after her flowing silk scarf got tangled in the wheels of an automobile she was riding in. 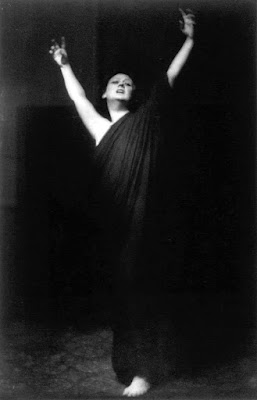 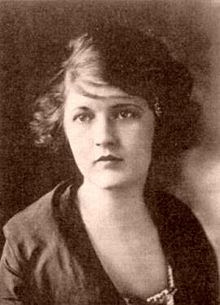 Another person I'm delighted to add to the red-haired club is the poet John Keats (what is it with red hair and poets?).


[..]there seems to have been some disagreement about the color of the eyes (the consensus is that they were probably hazel, and that the hair was a reddish brown)

In the notes it then states;


Mrs Proctor told Lord Houghton that the eyes were "large and blue" and the hair "auburn." Georgina Keats, in her copy of Houghton's Life, disagreed: "his eyes were dark brown, large, soft, and expressive, and his hair a golden red."

Another redhead to add to the mix is Hadley Richardson, first wife of the author Ernest Hemingway. According to Wikipedia she was red-haired with a "nurturing instinct".

Finally, I'll finish this post with a quote from J. D. Salinger's The Catcher in the Rye, where the character's protagonist Holden Caulfield remarks "People with red hair are supposed to get mad very easily, but Allie never did, and he had very red hair."
Posted by Neil at 7:36 PM