In the last week I've received a few really nice emails from someone in Italy that contain a lot of information about red hair that I was previously unaware of. I owe a great debt of gratitude to them because lots of the information is really interesting and pertinent to some of the themes I've covered on here.

I'll start first with the fact that Giuseppe Garibaldi, the Italian politician and general, was a redhead. This fact really surprised me and pleased me. I can now add it to my list of other red-haired revolutionary figures such as Thomas Jefferson, George Washington, Oliver Cromwell and the "chestnut" haired Maximilien Robespierre.

Interestingly, like some of the other red-haired reformers, Garibaldi saw his common enemy as the Church of Rome. According to Wikipedia he had this to say;


"The papacy, being the most harmful of all secret societies, ought to be abolished."

Perhaps unsurprisingly he was also a member of the Freemasons as well ;) Again this comes from Wikipedia;


An active Freemason, Garibaldi had little use for rituals, but thought of masonry as a network to unite progressive men as brothers both within nations and as members of a global community. He eventually was elected Grand Master of the Grand Orient of Italy.

He was known as "the hero of the two worlds" because of his military endeavours in both Europe and South America. Quite fittingly his followers wore red shirts. 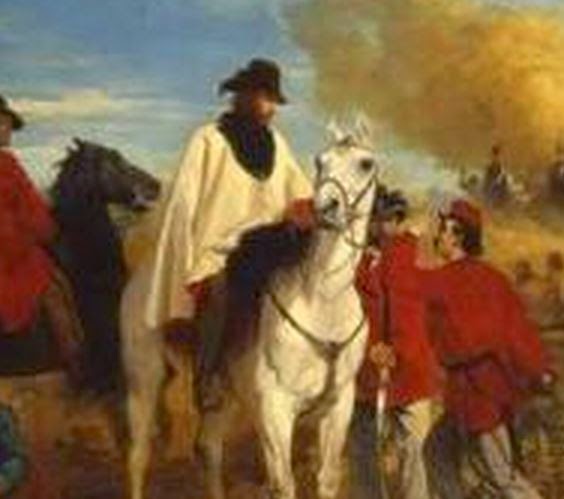