Ismail I, Shah of Iran

I also came across this image today. It shows Ismail I, Shah of Iran. He reigned from 1501 until 1524, and in this image he looks decidedly European. 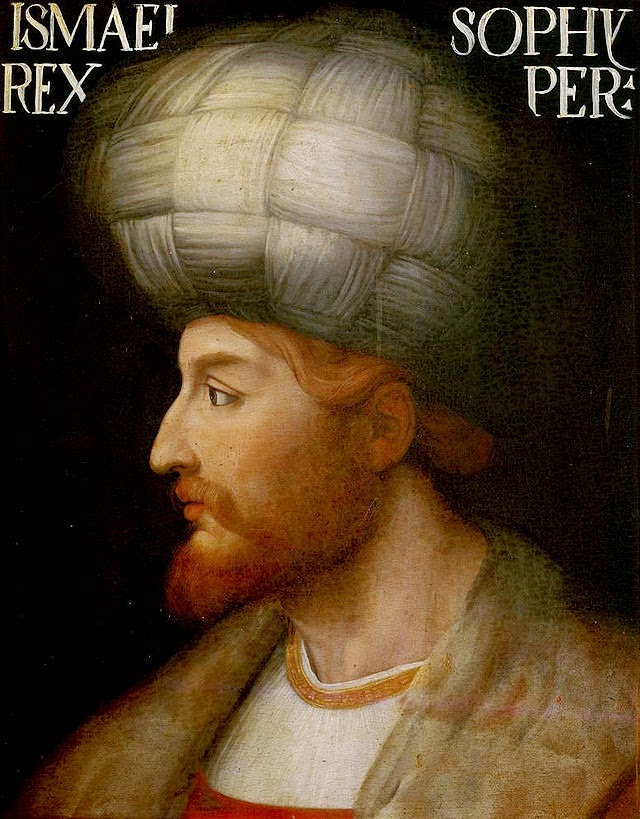 He was described by a contemporary as follows;


His hair is reddish; he only wears moustachios, and uses his left hand instead of his right. He is as brave as a game cock, and stronger than any of his lords; in the archery contests, out of the ten apples that are knocked down, he knocks down seven.