I've just found a book on Google Books called The Voyages & Travels of the Ambassadors to give it its short title. Published in 1662, it was written by the German geographer and scholar Adam Olearius, then translated into English by John Davies. Concerning the peoples and geography of Russia and the East it contained a few brief references to red hair.

Firstly, when speaking of the Persians it states;


The Persians have a great fancy to Black hair, and they bear with the flaxen hair'd, but not without some trouble; but for Red hair'd people, they have a strong aversion.

And in a chapter titled into the Indies it had this to say about Indian Muslims;


They love not flaxen or fair hair'd people, and have an aversion for such as are red hair'd, out of an opinion they have, that they are Leprous. 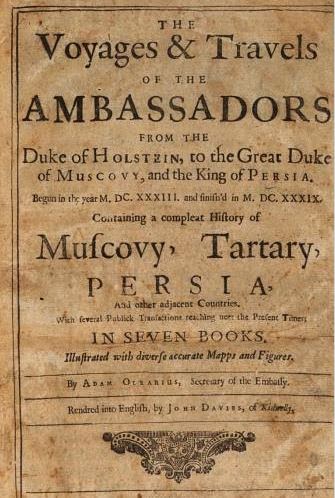