Another picture today. This one is by the artist Hans Baldung Grien (1484-1545). He was a German artist and studied under Albrecht Durer. According to Wikipedia he was given the nickname 'Grien' because he had a fondness for wearing green clothes. It's also been suggested that the nickname may owe itself to the German word "grienhals" meaning witch - literally translating as "green neck". This would suit the artist quite nicely as he would often paint scenes of witchcraft and sorcery.

This image depicts the Crucifixion. At the base of Christ is a green and red-clad Mary Magdalene, with reddish-blond hair. Green and red/orange were apparently the colours of Mary Magdalene. Her hair is in marked contrast to the hair of the other people in the scene who are depicted less vividly. 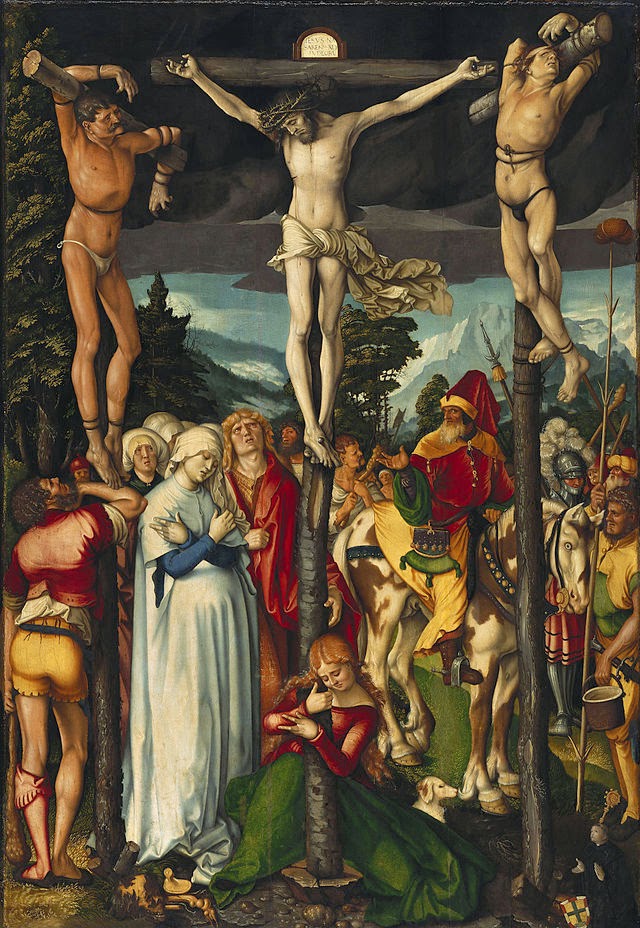