Following on from my last post I have another red-haired Italian revolutionary, once again gratefully provided by my Italian source Emanuela :)

Foscolo was an active political figure in Italy and his writing and poetry was influenced by his political ideals. He also served as a soldier. After death he became a heroic symbol of the unified Italian state. He spent the last eleven years of his life living in London. 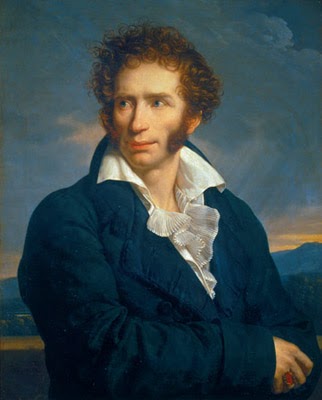