Maria Zambaco (born Marie Terpsithea Cassavetti, 1843 - 1914) and Aglaia Coronio (born Ionides; 1834 - 1906) were two British artists and models of Greek descent. Along with their cousin Marie Spartali Stillman they were known collectively among friends as "the Three Graces", after the Charites of Greek mythology.

Maria was a daughter of wealthy Anglo-Hellenic merchant Demetrios Cassavetti (d.1858) and his wife Euphrosyne (1822 - 1896), and niece of the Greek Consul and noted patron Alexander Constantine Ionides.

She studied at the Slade School under Alphonse Legros and under Auguste Rodin in Paris and exhibited at the Royal Academy in 1887 and at the 1889 Arts and Crafts Exhibition Society in London. She exhibited at the Paris Salon as well.

Her most notable modelling was for artist Edward Burne-Jones. She also sat as a model for James McNeill Whistler and Dante Gabriel Rossetti. 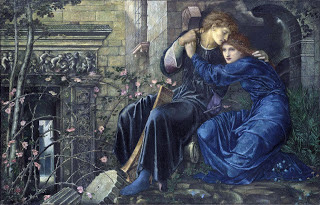 Love Among the Ruins, by E. Burne-Jones 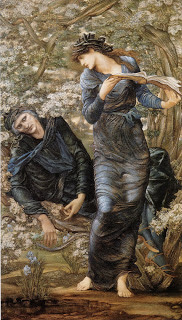 The Beguiling of Merlin,
by Edward Burne-Jones 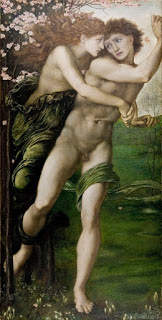 Phyllis and Demophoön,
by Edward Burne-Jones 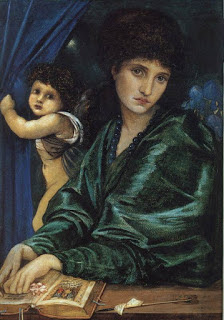 Cupid and Psyche
by Edward Burne-Jones 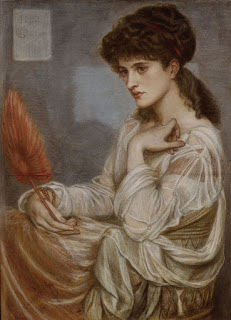 Aglaia Coronio was the elder daughter of businessman and art collector Alexander Constantine Ionides, who had immigrated to London from Istanbul in 1827. She was an embroiderer, bookbinder, art collector and patron of the arts and became a confidante of William Morris and a friend of Dante Gabriel Rossetti. In 1855 she married Theodore Coronio with whom she had two children. On 20 August 1906, the day after the death of her daughter, Coronio died after stabbing herself in the neck and chest with a pair of scissors. 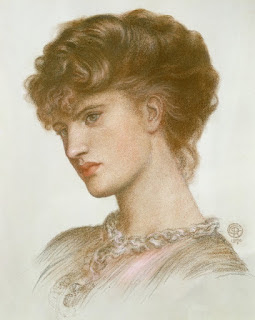 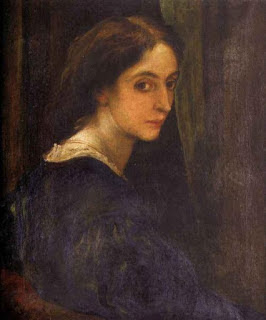 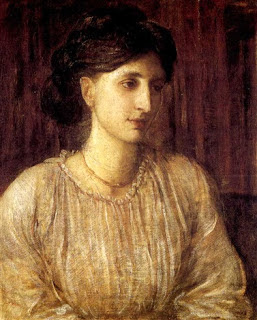