He was awarded the Prix Crozatier in 1875, and used the funds to go to Paris to study art at the Ecole des Beaux-Arts under Jules Lefebvre from 1876 to 1879. He also studied at the Académie Julian, where he eventually taught. He exhibited at the Salon of French artists and became a member of the Society of French Artists in 1883.

In 1891 he patented a method of colour printing. In 1892, he exhibited at the Salon de la Rose + Croix. He contributed to La Revue Blanche, directed by Félix Fénéon, and Les Temps nouveaux, published by Jean Grave.

We find red-haired women (and cats) in many of his paintings. 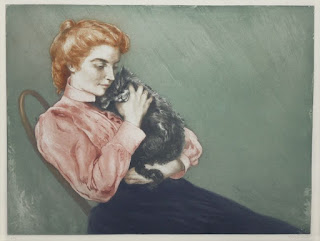 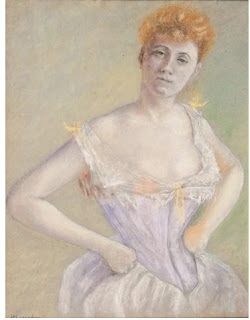 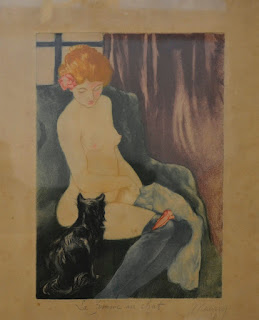 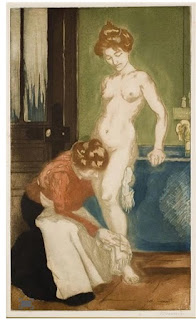 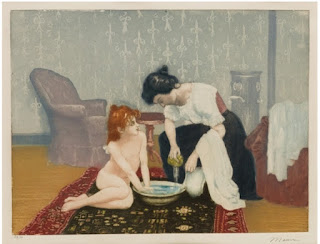 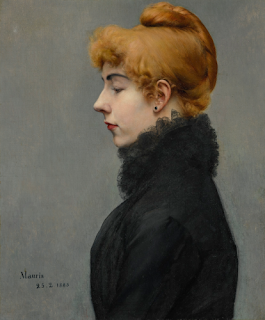 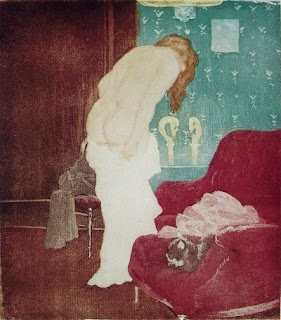 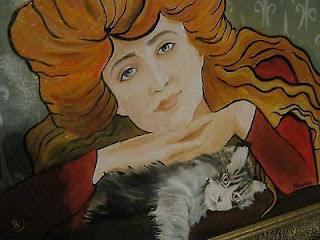 Oil painting of a woman with a cat 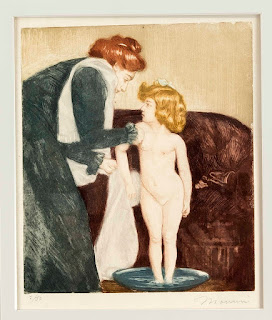 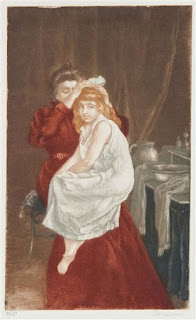 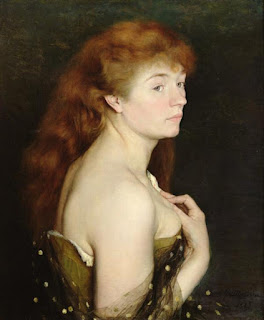 Portrait of a red-haired woman 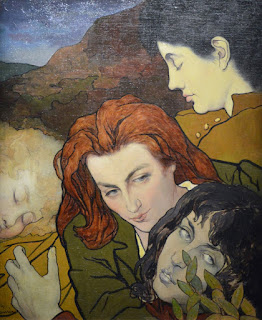 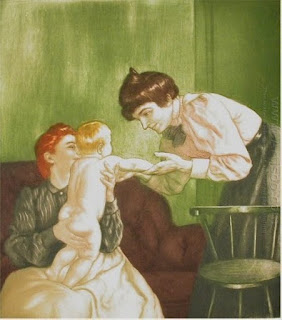 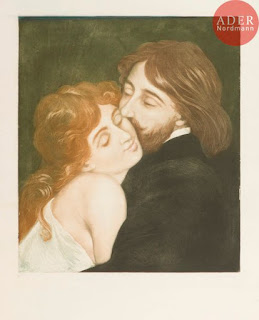 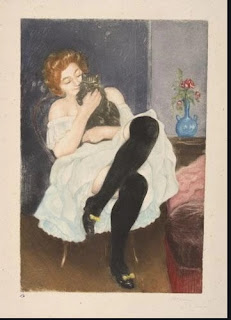