Pre-Raphaelite Who's Who: the Pettigrew Sisters

Their father was William Pettigrew, a cork cutter in Portsmouth, and their mother, Harriet Davis, a needleworker. They arrived in London in 1884 and were introduced to artists by their art-student brother.

Lily was the red-haired one. In her memoirs, Rose described her sister Lily as having 'most beautiful curly red hair, violet eyes, a beautiful mouth, classic nose, and beautifully shaped face, long neck, well set, and a most exquisite figure; in fact she was perfection!'"
www.whistler.arts.gla.ac.uk

Here are some of the paintings she sat for. You can find more paintings and photos here. 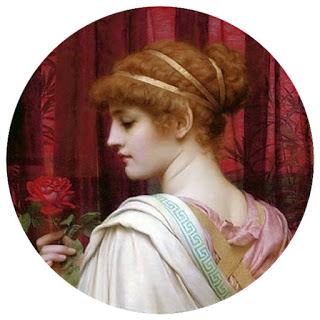 Venus at the Bath,
by John William Godward 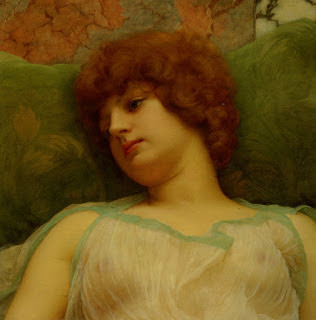 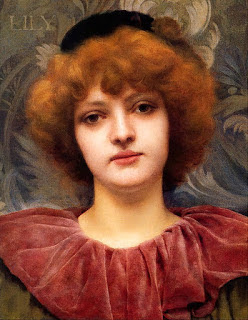 Rose married the musician and composer Harry Waldo Warner in 1896 and retired from modelling. More paintings and photos here. 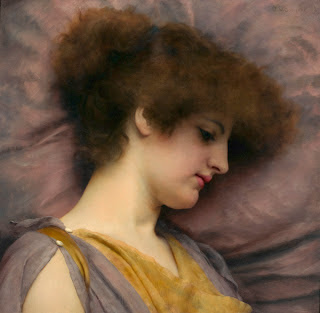 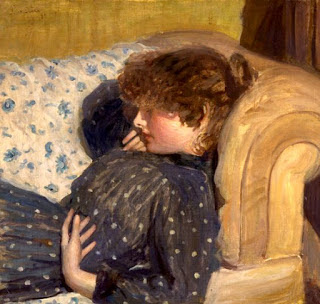 Girl on a Sofa, by Philip Wilson Steer 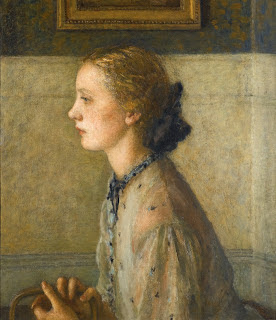 Hetty is described by her sister Rose as having 'soft straight hair, like a burnished chestnut, glorious skin, and big hazel eyes'. She also describes her sister as having a cruel wit and in this way being Whistler's 'perfect match'. Hetty later became a sculptor and exhibited for a number of years. More paintings and photos here. 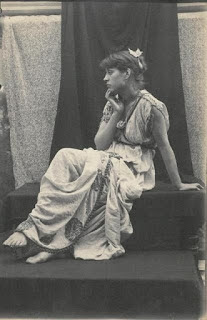 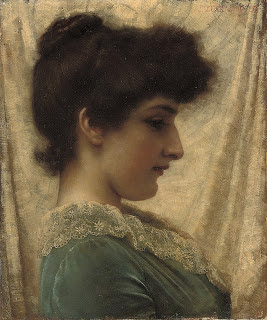 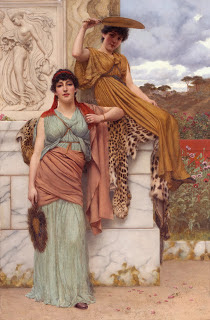 Waiting for the Procession,
by John William Godward